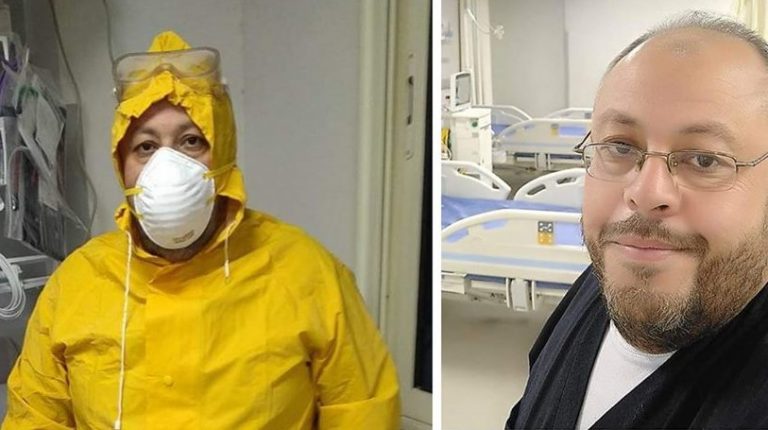 Allam contracted and tested positive for the virus on 6 April, but has announced he is recovering.

In the meantime, the Health Ministry announced on Monday new 248 coronavirus infections and new 20 deaths, bringing the country’s total to 4782 cases with 337 deaths. 1236 cases have recovered.

Several medics at the El Negelah quarantine hospital have reportedly been infected by the virus. However, no official statement has been issued by the hospital regarding further infections among doctors and nurses than those that have already been announced.

A total of five doctors have died from the coronavirus, after the Medical Syndicate announced on Friday the death of Dr Ashraf Adly. The consultant cardiologist, who died at a quarantine hospital in Aswan, was Head of the Cardiology Department at Qena General Hospital.

The Medical Syndicate has announced that 43 doctors have been infected with the coronavirus so far, although no new data has been issued on new infections.

A doctor working at the Berket Al Sabee Central Hospital in Menoufiya was transferred on Sunday to a quarantine hospital in Kafr El-Zayat after he tested positive for the coronavirus.

A total of 14 families, consisting of 80 individuals, have been quarantined in their homes in the village of Ahwah in Beni Suef. This follows the detection of several coronavirus infections among those put into isolation, who were transferred to the quarantine hospital in Minya.

The Beni Suef Health Directorate has taken several precautionary measures including the disinfection and sterilisation of streets and houses in the village. The directorate has also

conducted tests on people who were in contact with positive cases to avoid the transmission of the virus.