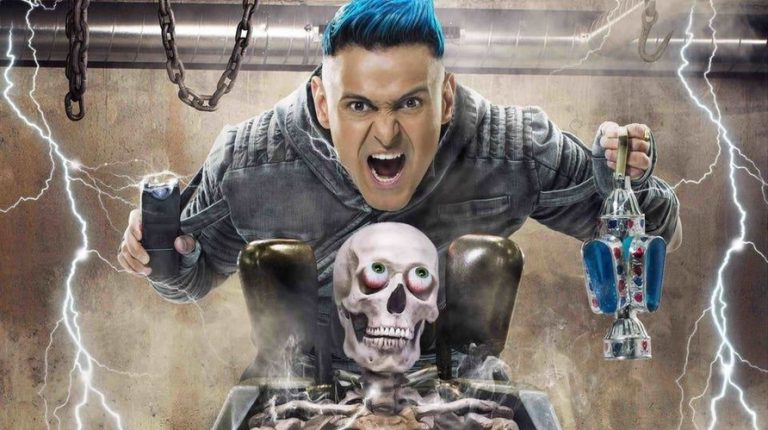 On Tuesday, members of Egypt’s parliament expressed their anger at Galal’s show. They also requested that the Speaker of the House of Representatives, Ali Abdel-Aal, direct the star to Prime Minister Mostafa Madbouly and Minister of Communications and Information Technology, Amr Talaat, for his programme to be taken off air.

Following the same recipe as previous years, Galal invites a new celebrity each day into a scenario on a set which is designed to scare them and make them uncomfortable. Each celebrity is filmed as they go through and react to each set, which changes every year.

In this year’s programme, Galal hosts a number of celebrities who are trapped on a chair which is then moved as Galal desires. Followin g this, they are then subjected to electrocution and placed in a tank, where they face several kinds of animals, including snakes. As guests proceed through each stage, they are required to speak and act as Galal orders them to if they wish to leave.

The Ministry of Health and Population and Abbasiya Mental Health Hospital have already called for Galal’s show to be cancelled. The hospital had  cited torture and humiliation as reprehensible and harmful to the public’s psychological state.

While the reaction on social media has varied, some users said the programme negatively affects patients with epilepsy.

One user, who said she has suffered from epilepsy for 20 years, said that as electrocution is extremely painful, it cannot be considered a prank. Electric shocks, which were used in mental health treatment in the past, have been known to contribute to long-term physical and mental health problems.

Others have said that although the stars are paid for the appearances in the show, Galal’s actions do not justify the humiliation and horror they go through

Khalid Abdul Ghali, the Head of censorship of artistic work, has submitted a report to the Public Prosecution against MBC Egypt which is airing Galal’s programme.

Abdul Galil said the programme deviates from all values and ethics, and contains violence, sadism and recklessness. He added that Galal’s programme may affect the behaviour of children who watch it.