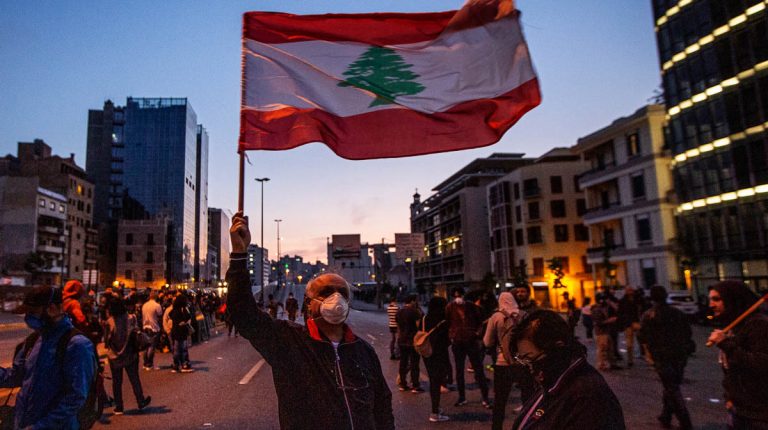 The Arab League (AL) has expressed concerns over the rapidly deteriorating events in Lebanon, which has seen a recent escalation between the Lebanese army and protestors in Tripoli.

Civilians across Lebanon have taken to the streets demonstrating against the political elite, as living conditions deteroriate and the value of the national currency declines.

AL Deputy Secretary-General Hossam Zaki said on Wednesday that the situation in Lebanon is “very critical” particularly in the streets, and warned of a potentially lethal rapid deterioration in the situation. He hoped that Lebanese security forces would act professionally to prevent the country slipping into an “unknown situation”.

Zaki has been serving as the Arab League’s special envoy in Lebanon since 28 November 2019.

During the clashes between protestors and the Lebanese armed forces on Monday and Tuesday, at least 31 people were injured, and one protestor was killed. Protests have bee occurring across Lebanon, according to the Lebanese Red Cross.

Clashes erupted between protesters and members of the army, who fired rubber bullets and tear gas to disperse hundreds of protestors who gathered, on Tuesday, in Lebanese capital, Tripoli’s Nour Square. Protestors also lit candles for the spirit of Fawaz Al-Samman, a young man who was killed during the Monday clashes.

Protesters roamed the streets of Tripoli on foot and on motorbike, chanting against the political elite blaming them for the deterioration of economic conditions. Some have attacked banks and houses of politicians.

Zaki added that Lebanon’s financial and economic crisis requires immediate solutions, and all parties have a spirit of national responsibility. He called upon the Lebanese government to take rapid steps towards the economic reform and to meet the demands of the protestors.

In a televised speech on Wednesday, Central Bank of Lebanon Governor Riyad Salama blamed the country’s various governments for the current political crisis. He added that the bank has financed the state during the crisis to overcome hard economic conditions. Salama who has been the Central Bank of Lebanon’s governor since 1993, has blamed the governments for mismanaging the funds his bank has offered.

Lebanon has to accept IMF’s tough conditions in return for financial support: president