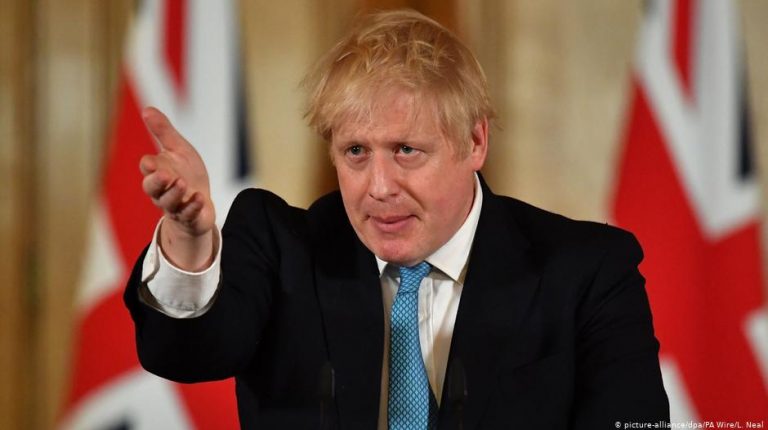 The baby, whose name has not yet been announced, arrived slightly earlier than had expected.

“The Prime Minister and Ms Symonds are thrilled to announce the birth of a healthy baby boy at a London hospital earlier this morning,” a spokeswoman said. “Both mother and baby are doing very well.”

The spokeswoman added, “The PM and Ms Symonds would like to thank the fantastic NHS maternity team.”

Coronavirus could interfere with paternity leave

Johnson, 55, returned to work on Monday after recovering from COVID-19, which had left him severely ill in intensive care during the peak of the UK’s coronavirus outbreak.

His fiancee Symonds, 32, had also been infected with the coronavirus and contracted COVID-19 earlier this month. Unlike Johnson, she experienced mild symptoms.

The prime minister had suggested before the coronavirus outbreak hit the UK that he had planned to take paternity leave after the birth. It was not clear whether Johnson would do so following the global crisis.

Health Secretary Matt Hancock, who faces mounting pressure due to his ministry’s response to the coronavirus pandemic, tweeted: “So thrilled for Boris and Carrie. Wonderful to have a moment of unalloyed joy!”

Scottish National Party leader Nicola Sturgeon, a prominent critic of Johnson, tweeted: “Some good news – sending congratulations to Carrie and the PM. And wishing health and happiness to the wee one.”

Symonds had announced her pregnancy in February, after the UK officially departed from the European Union on January 31. British media dubbed the child a “Brexit baby.”

Johnson, who separated in 2018 from his wife, Marina Wheeler, has four other children.

Every evening at 1830 UTC, DW’s editors send out a selection of the day’s hard news and quality feature journalism. Sign up to receive it directly here.