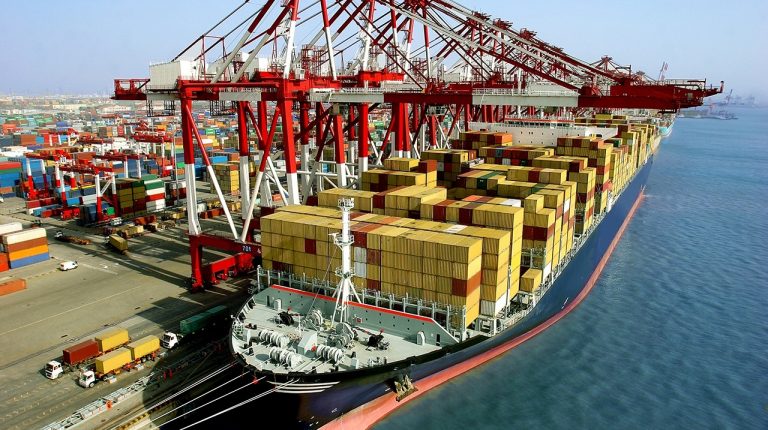 Egypt’s maritime and air freight sectors, as well as its Suez Canal workings, have taken the most direct and sudden blows to demand due to the coronavirus (COVID-19) outbreak. This is due to their dependence on international trade flows, which have been severely hit by the ongoing pandemic.

The statements came on the back of a recent report by the American Chamber of Commerce in Egypt (AmCham) entitled “COVID-19 impacts on Egypt’s transportation sector”.

The report is part of a series providing a preliminary assessment of the sudden supply and demand side effects of the coronavirus on strategic economic sectors in Egypt.

It mentioned that demand for the country’s inland transportation system has mainly been impacted by the reduced volumes of incoming cargo.

Over 94% of total inland cargo transport uses Egypt’s road network, and has been affected by overnight curfews and increased daytime congestion, the report said.

However, curfew exceptions have been granted for transporting food products and other essential commodities needed to supply factories, distributors and retailers, the report mentioned. It noted that railways have also seen minimal impact in demand as they carry only about 6% of Egypt’s cargo.

According to the International Air Transport Association (IATA), global revenue losses for passenger airlines are forecast to reach about $63bn, in case the pandemic is contained by the end of 2020.

Global logistics market analysis company CLIVE Data Services said that global cargo volumes fell by 23% during March 2020 compared to the same month in 2019. There have been accelerated week-on-week drops in demand by up to 50%. CLIVE Data showed that Middle East airlines had taken the hardest hit in volumes, with reported drops of up to 49% by the end of March.

Given its notable share in global trade, it is anticipated that the Suez Canal will also be affected by the global slowdown. The Suez Canal Authority (SCA) reported an overall year-on-year decline in traffic during February 2020, as the number of container ships transiting the 193km waterway fell by 7.3%. The number of passenger and cargo ships decreased 22.2% and 1.3%, respectively.

For the first quarter (Q1) of 2020, however, the SCA reported moderate year-on-year growth in traffic. The number of passing vessels grew 8.4%, while net tonnage increased 8.5% compared to Q1 of 2019.

Additionally, lower global output and muted demand for transport has resulted in a lower global demand for oil, causing oil prices to begin falling in February, the report added.

It noted that the oil price war has resulted in a 33% decline in energy costs. It comes, however, at a time when business volumes have dwindled across all sectors and operational costs have increased in line with virus containment measures.