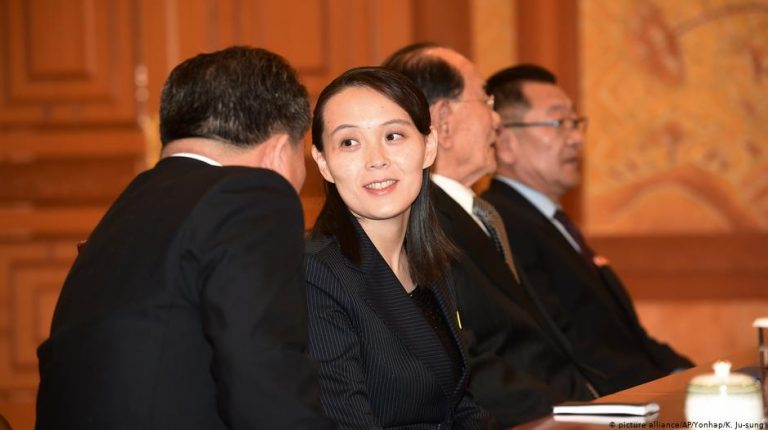 Kim Jong Un has not been seen publicly since April 11. Unconfirmed reports about his ill-health, and even death, have been swirling around. Should the Korean leader die or unable to lead, who could take on his mantle? North Korea’s leader Kim Jong Un was last seen in public on April 11, when he chaired a Workers’ Party meeting. He has not been seen since then, which has fueled speculation about his demise.

Kim also failed to attend the birthday celebrations of his grandfather and the country’s founder, Kim Il Sung, on April 15, an event that marks the most important day in the North Korean political calendar.

Media reports citing sources in the intelligence and defector communities have suggested that the 37-year-old Kim has undergone heart surgery and is in “critical” condition, although the government in South Korea has been quick to play down the claims by pointing out that life appears to be continuing normal in the North.

Yet the failure of the regime in Pyongyang to dismiss the reports as groundless rumor — as they typically tend to do when the rule of the supreme leader is in question — is stoking the uncertainty.

The first report that Kim was being treated for a heart complaint came last week, when the Seoul-based online media NK News reported that Kim had been admitted to the Hyangsan Medical Center, a state-of-the-art hospital set aside for members of the ruling Kim clan in North Pyongan province. Citing a source within the North, NK News — which is largely operated by defectors from the North — said Kim is now convalescing at a nearby villa.

These speculations about Kim’s health have also raised questions about his possible successor.

“There is no transparency about who will become the next North Korean leader. There is uncertainty,” Lee Seong-hyon, a research fellow at the Sejong Institute outside Seoul, told DW.

There were concerns that Kim was too young to take the reins in 2011, but the young leader managed to tighten his grip on the country in the following years.

Analysts say that Kim’s sister, Kim Yo Jong, is most suited to succeed her brother should anything happen to him.

Korean observers say that the brother and sister share a strong bond. The two spent time together in Switzerland in the late 1990s. “Kim Jong Un and Kim Yo Jong went through so many things together,” Bong Youngshik from Yonsei University in Seoul told DW, adding that their relationship remained close when they moved back to North Korea.

Who is Kim Yo Jong?

In October 2017, Kim Jong Un made his sister an alternate member of the politburo, a replacement for Kim’s aunt, Kim Kyong Hee, who had been an influential figure when former leader Kim Jong Il was alive.

In January 2017, the US Treasury imposed sanctions on then 28-year-old Kim Yo Jong along with other North Korean officials for committing “severe human rights abuses.”

In a previous interview with DW, Michael Madden, a North Korea expert at Johns Hopkins University’s “38 North” website, said that Kim Yo Jong was one of the North Korean dictator’s “closest confidantes.”

“Kim Yo Jong is the youngest of Kim Jong Il’s seven children and Kim Jong Un’s younger sister. Her mother Ko Yong Hui was a member of the prestigious Mansudae Art Troupe and was a common-law wife of Kim Jong Il,” Madden said.

“Kim Yo Jong received private tutoring at home and along with Kim Jong Un attended two schools near Berne, Switzerland, during the 1990s and early 2000s. She later attended university in North Korea and took courses in Western Europe shortly thereafter,” Madden added.

Kim Yo Jong was first spotted standing next to her father’s personal secretary and alleged mistress, Kim Ok, at the third Conference of the Workers’ Party in September 2010.

In 2012, she was reportedly given the post of tour manager for Kim Jong Un under the National Defense Commission.

In October 2014, Kim Yo Jong had reportedly taken over state duties for her ailing brother while he underwent medical treatment. In November 2014, she was named vice director of the ruling party’s Propaganda and Agitation Department.

Last year, Kim Yo Jong was seen alongside her brother at various summits, including the North Korean leader’s meetings with South Korean President Moon Jae-in and US President Donald Trump. Analysts say she also works to improve the international image of her brother.

Kim Yo Jong disappeared from the public scene for a brief period after the failed Vietnam summit between Kim Jong Un and President Trump. She, however, reappeared several months later.

Kim’s sister is reportedly married to Choe Song, the son of Choe Ryung-hae, a potential contender for the North Korean leadership.

Groomed for her future role?

Kim Yo Jong’s detractors argue that she is too young and inexperienced to lead North Korea. Also, North Korean society is heavily patriarchal, and it would not be easy for a woman to lead the country. Some analysts, however, say that she is probably the best option in the present scenario.

Before taking charge in 2011, Kim Jong Un was groomed by his father and the party. Also, North Korean media kept praising the young Kim, projecting him as the next leader. Kim Yo Jong has already been performing official roles effectively, and local media shows her in a positive light.