The renowned Church of Saints Bishai and Bigol in Sohag, better known as the Red Monastery, brings together three civilizations in one mesmerising example of Egypt’s rich history. 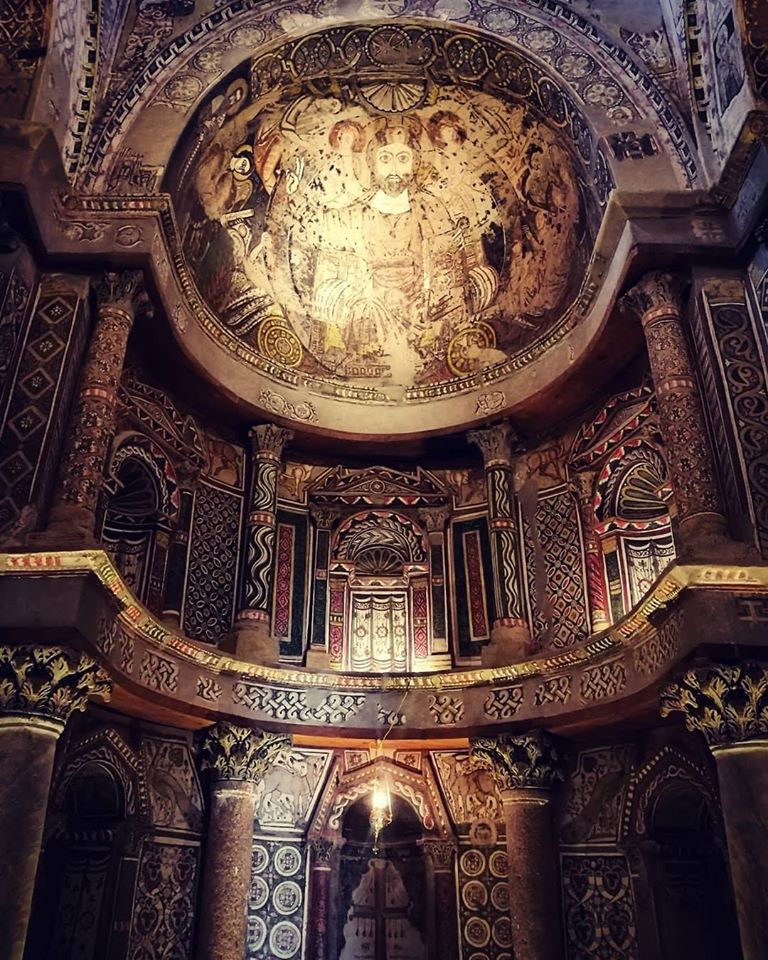 The Coptic Orthodox monastery is located in the mountainous area to the west of Sohag in Upper Egypt and about two and a half miles north-west of the White Monastery. Unlike the nearby White Monastery, the Red Monastery is situated in a small village, in close proximity to the village’s residents.

The Red Monastery, considered as one of the most important places of Coptic worship in Egypt,  dates back to the fourth century, and is designed in the basilica style.

It was given its name by locals due to the red bricks that make up most of its masonry.  The outside walls are considerably thicker at the base than at the top, and, just like the walls of Ancient Egyptian temples, they are crowned by cavetto, or curved, moldings.

It holds special significance for art and architectural historians, as it includes the only monumental ensemble of architecture, sculpture, and areas fully covered with Greek, Roman and late antiquity period paintings in the entire Mediterranean. Artwork in other parts of the building date back to between the late fifth and early seventh centuries.

The monastery is said to have been built on the ruins of a pharaonic temple, and includes both Ancient Egyptian and Roman columns, as well as Coptic inscriptions.

The Red Monastery was the heart of a large monastic community, in a region known as an important centre for the ascetic life, or a life of abstinence and worship. It is also a rare example of the intensity of colour used in the monuments of Egypt’s late antiquity.

Late antiquity paintings cover about 80% of the walls, niches, columns, pilasters, pediments and apses. The building’s elaborate figural and ornamental paintings, combined with extensive sculpture and monumental architecture, make it the most important historic church in Egypt.

The tri-conch basilica includes four phases of Late Antiquity painting, and at least one from the Medieval period.

Although the history of the Red Monastery’s foundation is unknown, archaeologists think that it was built in the 4th Century AD, by an Egyptian saint called Bishai.

Stories, however, vary as to who actually built the monastery. Some believe that it was founded by Besa, a disciple of Shenouda who, according to legend, was a thief who converted to Christianity, and who dedicated the church to St Bishai.

Others, however, say that the Saint Helena, mother of Roman Emperor Constantine, ordered for the monastery to be built in addition to the building of Jerusalem’s Church of the Holy Sepulchre.

This legend may explain why the rare monastery’s icons are only found in two other churches in the world, of which one is the Holy Sepulchre, with the other in Syria. 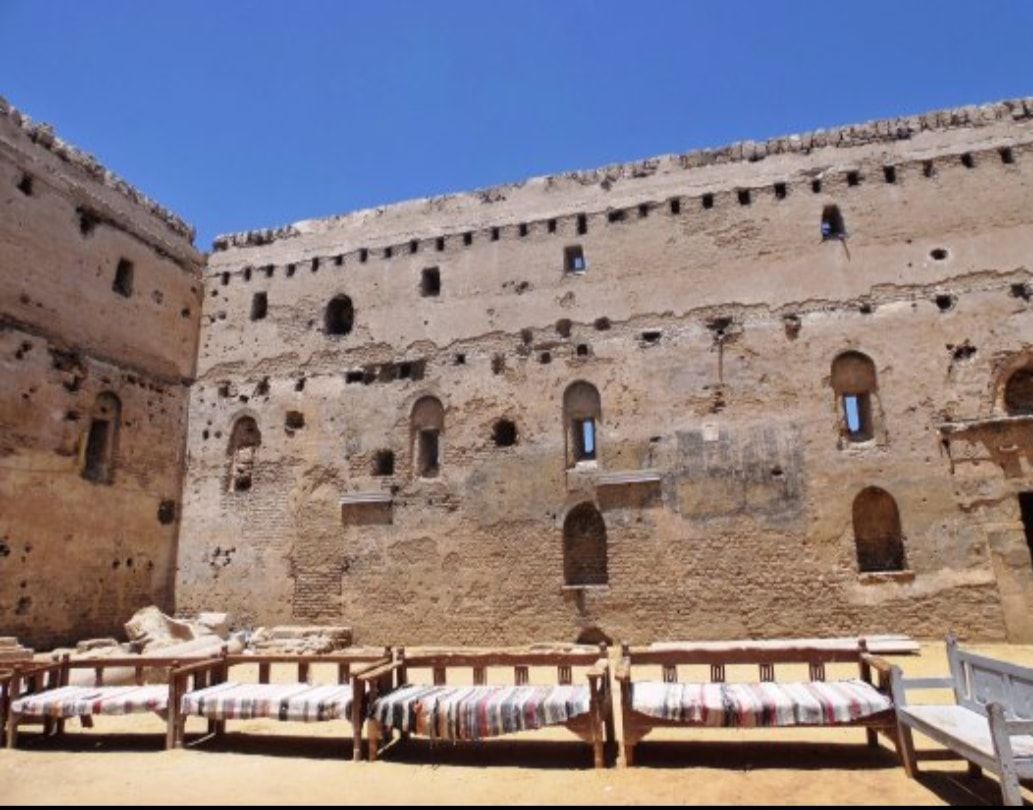 There are also varying stories on who founded the monastery, which was dedicated to St Bishai, a contemporary of St Bigol, the founder of the White Monastery. Locals believe that it was probably St Bigol who founded the Red Monastery as well.

The fifteenth-century Arab historian Al-Maqrizi had named the Monastery, without providing its history. Archaeologists thought that Al-Maqrizi did not mention the Red Monastery, as it was closely related to the White Monastery at that time.

Dominique Vivant Denon visited the monastery during Napoleon Bonaparte’s campaign in Egypt in 1798-1799, but states that the facility had been ransacked and burned down by the Mamluks only a few days before his arrival.

Although it still serves the communities of the surrounding villages, the monastery is currently occupied by only a few monks. There is also a steady trickle of pilgrims who visit the monastery during the big feasts of the liturgical year.

In 2003, the American Research Center in Egypt undertook a restoration and conservation project of the monastery, with funding provided by the United States Agency for International Development (USAID). In 2017, a team of architectural conservators, under the direction of conservation architect, Nicholas Warner, completed a project on the keep beside the church’s south wall, which revealed an ancient hydraulic system of ceramic pipes.

Before the beginning of the conservation project, the sanctuary’s paintings were almost entirely obscured by centuries of soot and darkened varnish. The conservation team painstakingly reinforced, cleaned, and conserved the paintings, revealing their original magnificence.

The Egyptian Ministry of Tourism and Antiquities, in cooperation with the Ministry of Communication and Information Technology, has launched a virtual tour of the monastery. It is available for viewing on their website and social media pages.