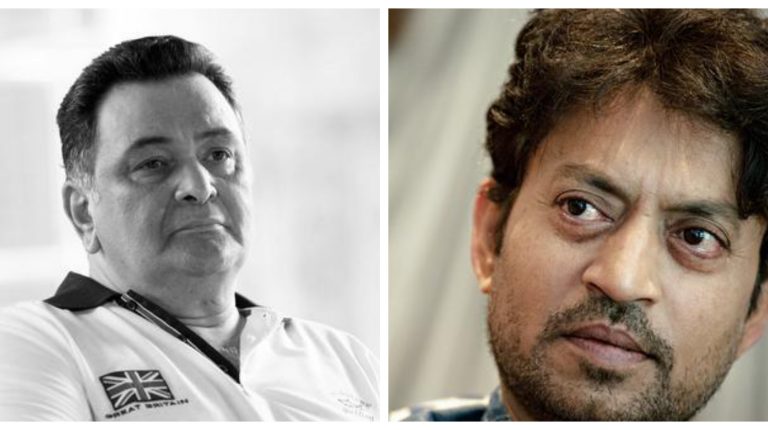 Two of Bollywood’s big stars, Irrfan Khan and Rishi Kapoor, have passed away, both after prolonged battles with cancer, causing a severe loss and grief in Bollywood

Indian film star Irrfan Khan died at the age of 53, his publicist announced on Wednesday.

“Irrfan was a strong soul, someone who fought till the very end and always inspired everyone who came close to him,” his publicist said in a statement.

Khan’s international film career included Hollywood hits such as Slumdog Millionaire, Life of Pi and The Amazing Spider-Man. Alongside Saeed Jaffrey, Roshan Seth and Om Puri, Khan was among the first line of Indian actors to leave a mark in Hollywood and Anglo-American cinema.

“I never knew I would be so sad, I felt a punch in my heart,” Adil Hussain, who was in Life of Pi with Khan, told Indian press. “He was able to express himself with the utmost vulnerability and where he embodied the character in a wholesome way to give access to the audience to look at his soul.”

The actor, who was diagnosed with a neuroendocrine tumour in 2018, was admitted to Mumbai’s Kokilaben Dhirubhai Ambani Hospital earlier this week with a colon infection.

After revealing he had been diagnosed with the tumour in 2018, Khan received extensive treatment and recovered well enough to shoot Angrezi Medium, which would turn out to be his last film. It was released only this March, with its cinema release cut short due the coronavirus pandemic, British newspaper “The Guardian” reported.

Born Saahabzaade Irfan Ali Khan in Jaipur, the son of a tire seller, Khan went to drama school after failing as a cricketer.

The now globally acclaimed Hollywood and Bollywood actor struggled to make headway in the film industry in his early days, only finding regular work in small TV soap operas.

Khan’s breakthrough role came with the feature debut of then-unknown British director Asif Kapadia, whose 2002 low-budget film The Warrior was shot in India. The Warrior went on to win the BAFTA award for best British film, and was selected for the prestigious San Sebastian film festival.

Khan subsequently broke into mainstream films and alongside Bollywood, maintained a career in British and Hollywood cinema.

“He will be remembered as one of the finest actors in India, for sure, and for his contribution to world cinema, as well,” said Adil Hussain. “He will remain as one of the most revered actors, most respected actors. He’s going to be an inspiration to new kind of actors in India to portray roles with a lot of realism, which generally wasn’t the case in the so-called Bollywood film industry.”

Rishi Kapoor, who starred in Bollywood hits such as Bobby and Mera Naam Joker, also died on Thursday from leukaemia, his family said.

“He remained jovial and determined to live to the fullest right through two years of treatment across two continents,” the family said in a statement. They confirmed that the actor was hospitalised in Mumbai on Wednesday.

Indian Prime Minister Narenda Modi said Kapoor was “multifaceted, endearing and lively … Anguished by his demise. Condolences to his family and fans”.

The iconic Bollywood actor had been diagnosed with cancer in 2018. Kapoor returned to India last September after undergoing treatment in the US for almost a year. He was hospitalised twice in February.

Fellow actor Priyanka Chopra tweeted her condolences to Kapoor’s family, sayaing her “heart is so heavy”.

Kapoor acted in over 90 films, and came from a long line of actors. Both his father, Raj Kapoor and grandfather, Prithviraj Kapoor, were prominent Bollywood film stars.

Kapoor received the National Film Award for his debut as a child artist in his father’s 1970 film Mera Naam Joker.

He is survived by his wife, Neetu Singh, who he co-starred with in several films, his son Ranbir Kapoor, also a famous Bollywood actor, and his daughter.