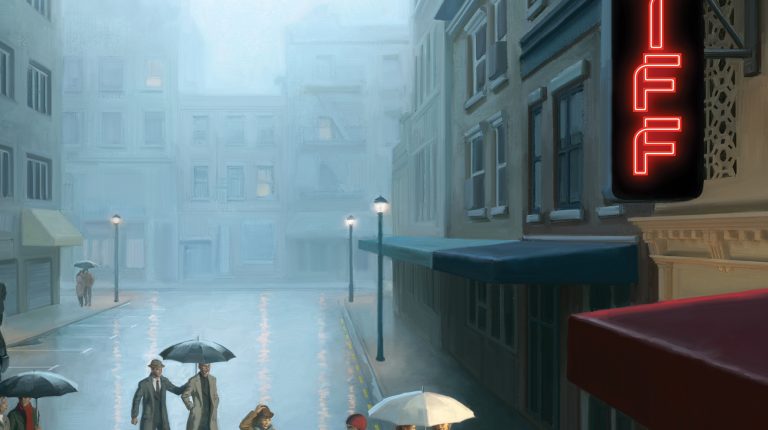 Three film festivals in Europe have decided separately to cancel their 2020 editions, shifting focus to online screenings and supporting the film industry.

With COVID-19 restrictions in place and likely to continue for some months, cinemas and entertainment venues around the world are closed or will remain under stringent gathering and social distancing limitations. Film festivals were therefore unable to confidently present the 2020 programmes as originally planned in cinemas across their countries.

Having acknowledged that it is impossible to hold the physical event in its usual form because of the ongoing health crisis and new decisions by federal authorities in Switzerland regarding public events, the Executive Board and Board of Governors of the Locarno Film Festival announced the cancellation of Locarno73.

“Since it cannot mount an edition centred on gathering and sharing in physical spaces, the Festival reinvents itself, launching Locarno 2020 – For the Future of Films, an initiative to foster independent auteur filmmaking,” the festival said. “The aim is to continue to offer, thanks to the Festival’s partners, the greatest possible support to international and Swiss film industries as they face a profound crisis … [the online edition] will bolster independent auteur filmmaking and cinema theatres via a selection of dedicated projects, offering special content to both industry professionals and the public on a range of platforms which will include — as and when allowed by the constantly evolving situation — screenings at physical venues in complete safety.”

Locarno Film Festival President Marco Solari said, “Over the past few weeks the Artistic Director, Chief Operating Officer, and their staff have worked closely with the Executive Board to draw up a range of contingency plans, some of which have of necessity been abandoned in the meantime.”

He added, “At its latest session the Festival’s Board of Governors, having taken into account the persistent health risks, even for gatherings of fewer than 1,000 people, and noting the impossibility of preserving the spirit of Locarno with solutions that at first sight might seem attractive alternatives, decided unanimously to forgo in principle the physical event.”

The festival wants to confirm its presence alongside both the public and the film industry, with a project that aims to give a fresh shape, on other stages and platforms, to the values that have hallmarked its history over so many decades, according to a press release.

The concept of Locarno 2020 “is to take action against the film industry’s enforced idleness by supporting filmmakers who have had to interrupt their projects, contributing both to international and domestic productions that have been put on hold because of the global pandemic through special Leopard awards and other prizes.”

The festival’s Artistic Director Lili Hinstin said, “Our role is to act as a link between films, industry, and audience, and so we looked at alternative ways of carrying out that mission, assessing where our intervention could be most useful at this time. We are working on developing a coherent project, in line with the history of the Festival, with solidarity as the keynote, will be good both for our public and for filmmakers in difficulty.”

Similarly, The New Zealand International Film Festival (NZIFF) said it would announce plans to present its programme in an online format for the very first time.

“We’ve also been thinking seriously about what the Film Festival might look like this winter under such unprecedented conditions, and have been faced with some difficult decisions. Working to solve the complexities of mounting a nationwide event without the usual infrastructure or certainty has been the biggest challenge we’ve ever faced as an organisation,” the festival said in a press statement.

“This is an extraordinary situation and we need to adapt and find a creative solution for 2020,” said NZIFF Trust Chair Catherine Fitzgerald. “The shared experience of cinema and the power of storytelling to bring communities together has always been our driving force. With the current and evolving situation, we believe in the value and importance of cinema now more than ever.”

“We cannot do without the Film Festival in July and so we are excited to be able to upgrade our online platform to ensure we can bring the best of new cinema to our audiences with new ways to share the experience and interact with the filmmakers and fellow audience members,” Fitzgerald added.

The New Zealand International Film Festival At Home — Online will take place from 24 July to 2 August with a world-class curated programme of world and New Zealand premiere films for audiences to screen at home.

Film premieres and film festivals around the world are being severely impacted by the global pandemic with the cancellation and postponement of festivals including Cannes, New York’s Tribeca, Sydney among many others.

NZIFF Director Marten Rabarts said, “After the initial realisation and heartbreak of not being able to provide our Film Festival whānau an in-cinema experience this year we’ve worked quickly, while leaning on our strong relationships with filmmakers, distributors and sales agents, to ensure we are able to confidently adapt the way in which we’ll present their films to our dedicated audience across the country.”

He added, “NZIFF At Home — Online will be a true film festival experience featuring world and New Zealand premieres of films each night, and including virtual red-carpet and filmmaker Q&As, and we can potentially invite more international guests to present their films to our festival audiences than ever before using virtual means. Some films will be screened as special ‘one-off’ events, and many of the films presented will be exclusive to NZIFF and won’t have other New Zealand screenings.”

Rabarts noted that NZIFF is also looking to the near-future when COVID-19 gathering restrictions will once again allow a return to an in-cinema programme.

Full information on the programme and details on viewing films via the online platform will be announced on 22 June.

The Karlovy Vary International Film Festival (KVIFF) has also cancelled this year’s edition, but it will still offer a taste of the festival at selected movie theatres nationwide and the online KVIFF Eastern Promises Industry Days.

In view of the Czech government’s ongoing coronavirus measures and the complicated worldwide situation today, the KVIFF organisers have come to the extremely difficult decision not to hold the 55th annual edition. Instead, it was postponed to 2-10 July 2021.

KVIFF President Jiří Bartoška said, “We strongly believe that seeing a movie with other people in a theatre is a powerful and irreplaceable experience … And because the Karlovy Vary International Film Festival is one of the most important cultural events in the Czech Republic, we have decided that holding an alternative version would go against the festival’s main mission: to bring together audiences, filmmakers, and people from different walks of life in order to collectively enjoy works of cinema.”

During preparations for the 55th KVIFF, the festival’s programming department chose a variety of intriguing films they knew would be popular with festival audiences – and that won’t change.

Since the government’s plan for loosening the lockdown on 8 June will allow cinemas to screen movies to a specified number of viewers (50), the festival has decided to organise a special version of the traditional KVIFF at Your Cinema programme on 3-11 July, whereby each year the best of the festival tours cities around the country.