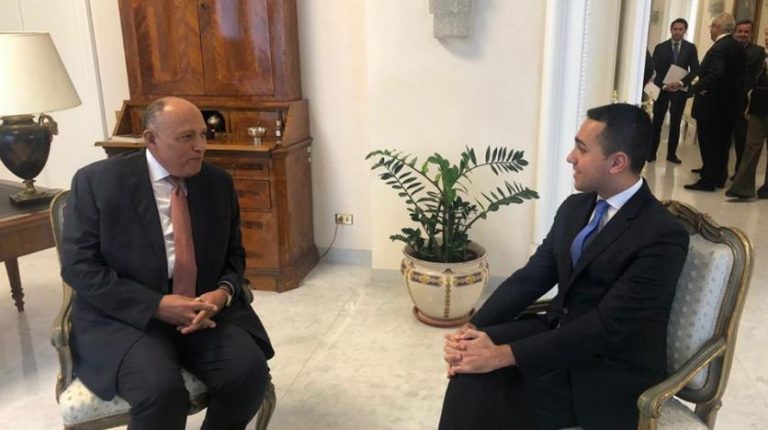 During the talks, the ministers also discussed ways to boost cooperation to curb the further spread of the virus.

During the discussions, which took place via telephone, Di Maio expressed his country’s appreciation of Egypt’s support during the crisis.

Di Maio hailed the show of solidarity and cohesion between both countries, and said that Egypt’s support has enhanced Italian efforts to contain the virus’ spread.

Both ministers confirmed the importance of enhancing joint cooperation between the two countries as part of international efforts to combat the virus, Foreign Ministry Spokesperson, Ahmed Hafez, said.

The call also outlined continued coordination between Cairo and Rome in all areas of common interest, to meet the aspirations of both countries in security and development, Hafez added.

Hafez also said that Shoukry and Di Maio had discussed latest developments in Libya, and ways to reach a comprehensive settlement to the crisis. This would help  achieve the aspirations of Libyans in restoring security and stability, whilst eliminating terrorist organisations that pose a threat to the security of Libyans and the wider Arab region.

The visit followed a phone call between Al-Sisi and Italian Prime Minister Giuseppe Conte, as the former extended condolences for Italy’s coronavirus victims. President Al-Sisi also expressed his support the country as Italy, one of the European countries hardest hit by the virus, faced the pandemic.