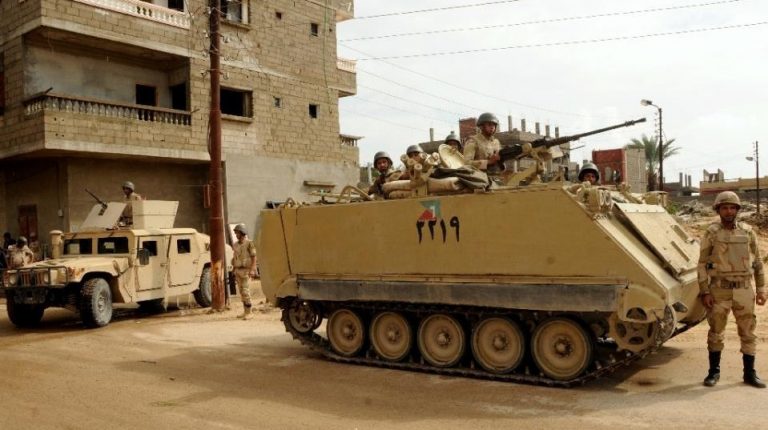 No one can eliminate terrorism completely as it is a global and renewable phenomenon, said Egyptian Armed Forces spokesperson Tamer El-Rafaie in a televised interview on Sunday.

However, he stressed that the Armed Forces have accomplished a lot in its fight against this phenomenon, destroying many hideouts and neutralising a lot of militants, hinting that the full defeat of terrorism in Sinai is approaching.

The army spokesperson said that since the beginning of the comprehensive operation in Sinai in 2018, the army has received great support from the people in Sinai.

The army works all the time to secure roads, residential areas, schools, and public utilities in Sinai, besides conducting EGP 600bn worth development projects in the region.

The Armed Forces announced in a statement on Sunday that a total of 126 terrorists were neutralised during 22 raids and 16 specific operations in Sinai. The statement came hours after the Interior Ministry had announced killing 18 terrorists in a shootout in North Sinai’s Bir El-Abd city. The Islamic State terrorist group has claimed its responsibility of the attack that “killed and wounded” 10 Egyptian military personnel in the same city.