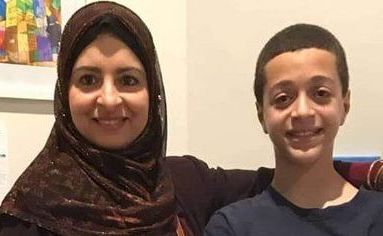 An Egyptian-American woman detained in Egypt was released from prison after 301 days of arbitrary detention. Reem Desouky, 47, was arrested upon her arrival at the Cairo Airport in July 2019.

Desouky and her son Mostafa returned to Lancaster, Pennsylvania late Sunday and spent the night at home, US State Department said Monday.

“The Department of State has no higher priority than the safety and welfare of US citizens overseas,” said spokesperson Morgan Ortagus, commenting on Desouky’s release.

Desouky faced charges of running a Facebook page that spread fake news and rumours, and was critical of the Egyptian government.

In a Monday statement, Ortagus said that Egypt has suspended inmate visitation to curb the spread of coronavirus, but “the US Embassy in Cairo has requested and received permission to speak with incarcerated US citizens via telephone until in-person visits can resume.”

“As Secretary Mike Pompeo and other officials have noted, we expect that all governments around the world will keep detained US citizens safe and provide appropriate consular access at all times, but even more so during the COVID-19 pandemic,” Ortagus said.