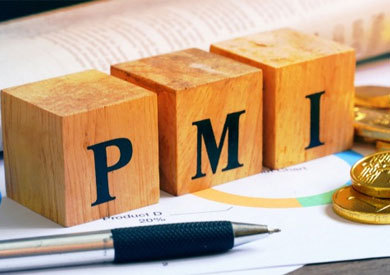 Egypt’s non-oil private sector witnessed a record decline in activity, new business creation, and exports in April. The decline has been attributed to the measures aimed at curbing the coronavirus (COVID-19) crisis.

The headline seasonally adjusted IHS Markit Egypt Purchasing Managers’ Index (PMI) – a composite gauge designed to give a single-figure snapshot of operating conditions in the non-oil private sector economy – fell to 29.7 in April, its lowest recorded reading since April 2011, compared to 44.2 in March.

“Egypt’s PMI sank to an historic low of 29.7 in April, as the country faced the first full month of measures restricting activity and movement in the wake of the COVID-19 pandemic,” said David Owen, economist at IHS Markit.

He added, “Businesses lucky enough to remain open scaled back activity on a massive scale, as many highlighted sharp falls in domestic sales and foreign demand. Firms forced to close unsurprisingly recorded an even steeper decline in output.”

The index is compiled by IHS Markit from responses to questionnaires sent to purchasing managers in a panel of around 400 private sector companies. It is the sum of the percentage of “higher” responses and the percentage of “unchanged” responses. The indices vary between 0 and 100, with a reading above 50 indicating an overall increase compared to the previous month and below 50 an overall decrease.

The report noted that business output was severely limited, leading firms to enact large cost-cutting strategies, including weaker input spending and job reductions. As a result, input costs rose at the softest pace ever seen in the survey.

Business activity, as measured by the survey, decreased at an unprecedented rate during April as firms were circumscribed by measures to curb the virus and the subsequent tail-off in consumer demand.

It added that lay-offs were also evident in April, extending the decline in employment levels that began last November. The rate of decline was the fastest in over three years, with companies widely linking the reduction to the health measures. Some firms chose to retain workers but at lower wages, which drove a slight fall in overall staff costs.

The report noted that supplier delivery times lengthened for the second month in a row in April, as businesses often found that imports and products were held up at port customs. The rate at which lead times lengthened was the sharpest seen since October 2017.

Several firms mentioned raw material shortages during April due to the pandemic, which led to rises in some raw material prices.

The overall increase in costs, however, was the weakest on record, in part due to lower fuel prices. Output charges dropped for the sixth month in a row as firms reported efforts to improve new business volumes.

Egypt’s PMI for non-oil private sector rises to 40.7 in May