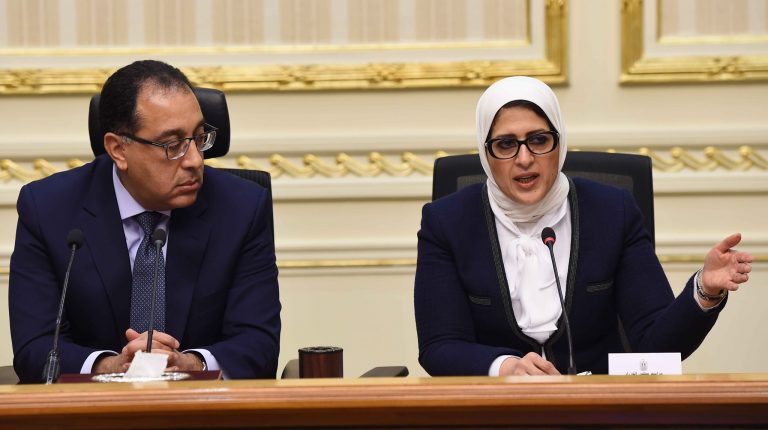 He also emphasised that the availability of medical supplies and needs of the various hospitals affiliated to the Ministries of Health and Population and Higher Education need to be assured..

During a virtual meeting on Wednesday, Madbouly followed up on the ongoing efforts to combat the coronavirus (COVID-19) pandemic. During the meeting, he also reviewed Egypt’s virus infection map, including the number of recovered cases.

The meeting was held with the attendance of Minister of Health and Population Hala Zayed, Minister of Higher Education and Scientific Research Khaled Abdel Ghaffar, Advisor to the President of the Republic for Health and Prevention, Mohamed Awad Tag El Din, and other officials.

During the meeting, Madbouly emphasised the importance of adhering to the government’s strict precautionary measures, to curb the spread of the disease. These include wearing medical masks whilst out in public, at work, while shopping, and on public transportation.

Madbouly also stressed the need to adhere to social distancing rules, and to avoid social and religious gatherings, including conferences and major sporting events. These measures should also be taken into account whilst out shopping or undertaking other social activities, to protect citizens.

The prime minister called on medical mask manufacturers to align their specifications with sustainability, and obtain the approval from the competent authorities.

He also tasked the government with preparing the vaccinations for seasonal flu, which will be made available at the beginning of the winter season. The forward planning comes as part of the government’s approach to take proactive steps to avoid any future crises.

During the meeting, Minister of Health and Population Hala Zayed pointed out that the ministry has received about 3,650 calls a day on its hotline in the last week. These include roughly 3,000 inquiries, 200 communications and 450 complaints and proposals.

Zayed confirmed that complaints and proposals accounted for about 12.5% of the total calls to the hotline.

Egyptians need to stick to social distancing for COVID-19 to decrease: Hosny