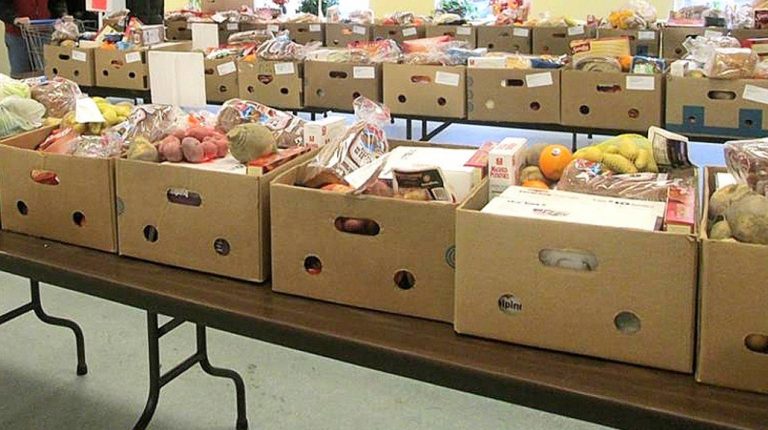 The European Union (EU) joins forces with Rotary Egypt, Al Orman, and other national partners in supporting 1,000 Egyptian families of the most vulnerable who were impacted by the outbreak of the coronavirus, in the “60 Days Initiative”.

The EU contributed EGP 85,000 to the initiative, enough to provide 500 food boxes distributed to the poor villages in Fayoum and Minya.

The EU-supported “60-Days Food Initiative” addressed some of the poorest villages in several Egyptian governorates. Ambassador Ivan Surkoš, Head of the European Union Delegation in Egypt, said, “In Solidarity with the Egyptian people, the European Union has joined this initiative that seeks to alleviate the economic burden of some of the neediest persons including informal workers whose work was stopped during the coronavirus pandemic.”

Rotary Egypt – District 2451, led by Director General Sherif Waly, launched the “60-Day Initiative” to distribute 4,000 food boxes to 1,000 Egyptian families of the most unprivileged who were affected by the pandemic over the course of two months, including the holy month of Ramadan.

The European Union and Al-Orman Association have joined forces with Rotary, undertaking the distribution and coordination process to guarantee optimum results of inter-NGO cooperation and coordination with the Public Service Committee of the district, headed by (the former president) Ola El-Noury. She said that the boxes have been distributed to the neediest and unprivileged persons including informal workers affected by the Corona Virus pandemic outbreak, in cooperation with Rotary Clubs, Al-Orman Association and the support of the European Union in Egypt. El-Noury added that 30 Rotary Clubs have taken part in this initiative, with a total fund of EGP 720,000 worth of 4,000 food boxes that would suffice the needs of over 1000 Egyptian family (representing around 5,000 persons) for period of 60 days.