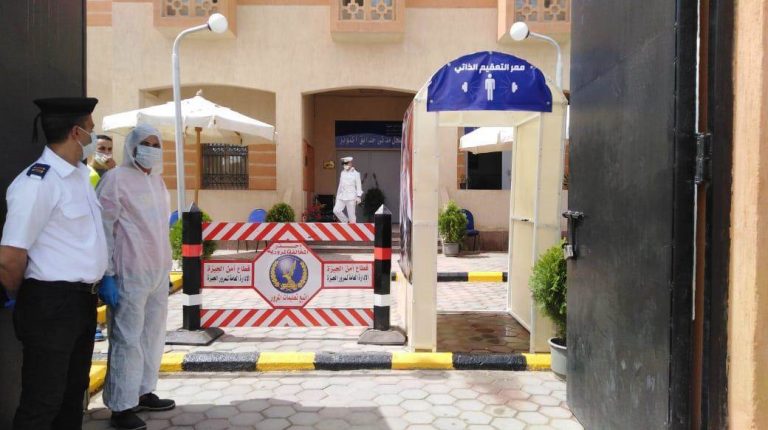 Egypt’s Ministry of Interior has announced resumption of car licensing, starting 3 May, after almost a month and a half of suspension that caused a major setback in the auto market during March and April. Although it was part of precautionary measures to reduce crowding in public places to curb the spread of the coronavirus (COVID-19) pandemic, the suspension of car licensing has led to a state of complete stagnation in the automotive sector.

The pandemic has stymied the global automotive sector, causing disruption to production in factories and reducing the workforce. This has in turn seen global sales slashed by a whopping 51.8% during March.

The Italian market was the most affected, as the country went into one of the strictest lockdowns in Europe. This meant that the country’s automotive sector saw sales collapse, falling by 85.4%. Other European countries saw similarly large decreases, with car sales in France decreasing 72.2%, sales in Spain down 69.3%, and sales in Germany declining 37.3%.

Although experts anticipate sales will recover soon, the suspension of car registration at notary offices has impeded this recovery as sales rely on trade-in services. 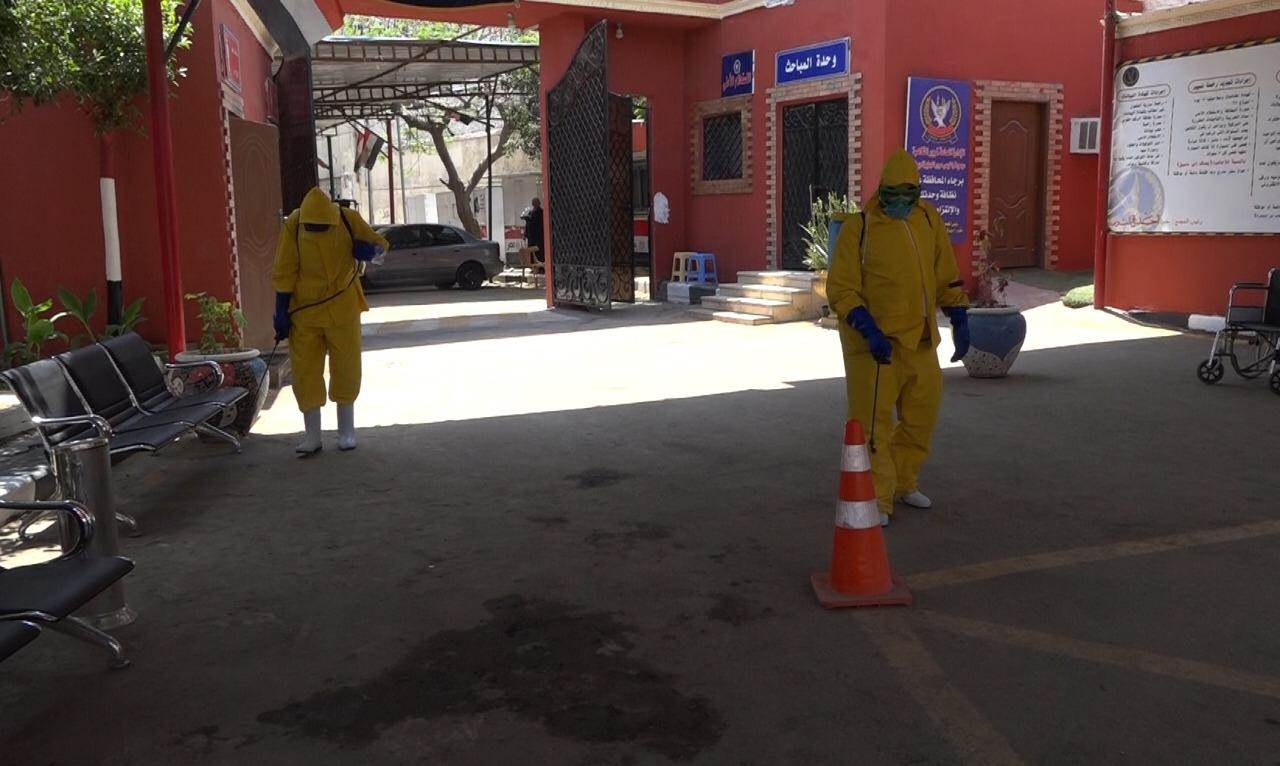 The Interior Ministry called on citizens to adhere to the government’s precautionary measures that have been put in place to curb the further spread of the coronavirus. The ministry said wearing face masks is a must to enter traffic units.

An official source from the General Directorate of Traffic denied that crowds have gathered in front of various traffic units following Prime Minister Mostafa Madbouly’s decision to resume vehicle licensing. As car licensing restarted, traffic departments saw a daily average of 4 cars inspected across 32 traffic units in Cairo, 12 in Giza, and 2-3 cars in other governorates.

The source added that the General Directorate of Traffic is undertaking all the precautionary measures to protect citizens and employees from the further spread of the virus. This includes disinfecting all traffic units twice daily, reducing the number of employees in offices, maintaining social distancing, and providing face masks.

He highlighted the importance of digitalising all car licensing procedures, following the successful experience of renewing licenses electronically via Fawry during the period of suspension.

The source stressed the need to spread awareness of using technology in day-to-day activities, especially financial transactions, as some segments of society still have low technological literacy.

Ahmed Osama, Managing Director of GB Auto’s factoring arm, Drive, said the decision to resume work at traffic units is the main driver for the sector’s recovery. This is particularly important following a complete halt in the movement of sales. He pointed out that the sector will start benefiting from the Central Bank of Egypt’s (CBE) decision to drop interest rates by 3% in March. The resumption of car licensing would prompt consumers to purchase new so that they can benefit from low-interest rates.

Osama noted that the company undertook a bold and exceptional initiative regarding paying car exhibitions the full value of the cars sold to consumers in instalments without licences.

He added that there was a high demand for car loans during the period when licence issuance was suspended, which indicates an improvement in conditions during the coming period. It also suggests that demand will increase by at least 15-20% during May, with sales anticipated to rebound in June in conjunction with the third quarter (3Q) of the year.

Osama explained that the company was able to identify two categories of customers on the back of recent movements in Egypt’s auto industry. The first decided to make a purchase due to the need for a car, regardless of the current market conditions. The second category of purchasers chose to buy so as to benefit from the low-interest rates.

He pointed to Drive’s initiatives in support of the local economy as well as individuals, highlighting a company plan to offer a variety of distinct promotional campaigns and discounts. These will be especially aimed at healthcare professionals, in recognition of their efforts in fighting the coronavirus.

Uncertainty remains in auto industry despite resumption of vehicle licensing

Car prices generally steady, overpricing is expected on some models due to low supply: Zaitoun

Ahmed El-Lithy, Chairperson of El-Lithy Auto Group, has refused to speculate on current conditions in the automotive market in light of the worsening economic recession due to the coronavirus pandemic.

He added that the suspension of car registrations at real estate notary offices is a new challenge facing the sector. This is particularly as new car purchases rely on selling used cars through the trade-in feature that accounts for 50% of total new car sales. He noted that the CBE’s March decision to cut interest rates would contribute significantly to stimulating sales in the coming period, as it would prompt consumers to take the deferred purchase decision. El-Lithy anticipates that May sales will rise slightly due to the resumption of car licences and the lower interest rates.

El-Lithy ruled out issues related to the number of cars in stores and exhibitions, in conjunction with the approaching launches of 2021 models. He added that the local agent is the only party entrusted with launching new models and setting pricing policy, whilst also undertaking marketing and promotional plans.

He explained that the dealerships may resort to protecting 2020 model car stocks by preventing new models from entering the market. There may also be a rise in prices for newer car models, creating a significant price gap between newer and older models to attract customers.

El-Lithy added that, despite the current slowdown in vehicle production and the halting of the car licensing process due to the pandemic, car stocks remain high enough to cover two or three months if consumer demand slows down.

Moreover, Chairperson of Abou Hetta Car Trade, Nashaat Abou Hetta, said the decision to restart vehicle licensing will help to complete the work started before the suspension. This would be particularly relevant for those customers who bought cars but could not take them from stores during the suspension due to their not having completed licence procedures.

He expressed confidence in the local economy’s ability to overcome the current crisis, despite the difficult conditions and severe setbacks. He said that the private sector is in urgent need of government support to withstand emergency crises.

The support could come in the form of a package of facilitative measures, such as the postponing the payment of credit loan instalments to clients from individuals and companies. At the same time, Abou Hetta praised the state’s recent efforts to support and enhance the economy.

Montaser Zaitoun, Chairperson of Zaitoun Auto Mall, said that resuming licences could help the market recover from the one-month-long stagnation.

He highlighted several obstacles to recovery, including the suspension of car registration in real estate notary offices. Zaitoun also pointed to those financing companies and banks, including the National Bank of Egypt and Banque Misr, which did not cut interest rates in line with the CBE decisions.

He added that the prices of most models will remain stable for the time being, with the exception of some models that will see overpricing due to low supply and high demand.

Zaitoun also said that the coronavirus pandemic has changed the marketing, discount offers, and promotional plans which usually intensify in Ramadan.

Karim El-Naggar, Chairperson of Kayan Egypt, the local dealership for Skoda, Seat, and Cobra, said that supply and demand mechanism governs the auto market. He added that the resumption of vehicle licensing would help move sales forward, but this would not help recovery during Ramadan.

He noted that car prices will not rise in the coming period despite shipping companies raising tariffs by 50%, with shipping costs representing a small fraction of the total value of vehicles.

El-Naggar said that most cars are produced with certain features depending on the importing market. Once that market is facing difficulties or has been damaged, it is difficult to rely on other markets to offset the decline in the former.

With this in mind, it would be difficult to negotiate with manufacturers to import cars at a lower cost to take advantage of the potential stockpile due to the global decline in car sales.

Ahmed Abou Khof, Chairperson of Arabiyat, the local dealership for SsangYong, agreed with El-Naggar, adding that high demand on some models could raise prices, but will not lead to an overall price surge.

He noted that the increase in freight expenses will not significantly affect car prices, as it is one of the variables that can be absorbed to maintain the main stability.

Abou Khof also ruled out the possibility of carmakers turning to lower car prices despite the stockpile they have. Instead, he noted that these companies have a specific cost margin that they cannot lower but can defer the offering of 2021 models for a later time.

Khaled Saad, General Manager of Brilliance and Secretary-General of the Egyptian Association of Automobile Manufacturers, confirmed that resuming vehicle licensing would shake the market. However, this will not be enough of a boost to stimulate growth, especially given the low purchasing power of consumers due to the pandemic.

Saad noted that the pandemic will also curb price increases and would push companies to offer discounts to stimulate the stagnant market.

He explained that the worsening global conditions could push local dealerships to negotiate an import quota cut. This would have the knock-on effect of depriving them of their parent companies’ stockpiles, as companies would avoid risking their liquidity in buying shipments of cars that may never be sold.

Fawry reports leap in profits due to COVID-19 related measures

Egyptians need to stick to social distancing for COVID-19 to decrease: Hosny