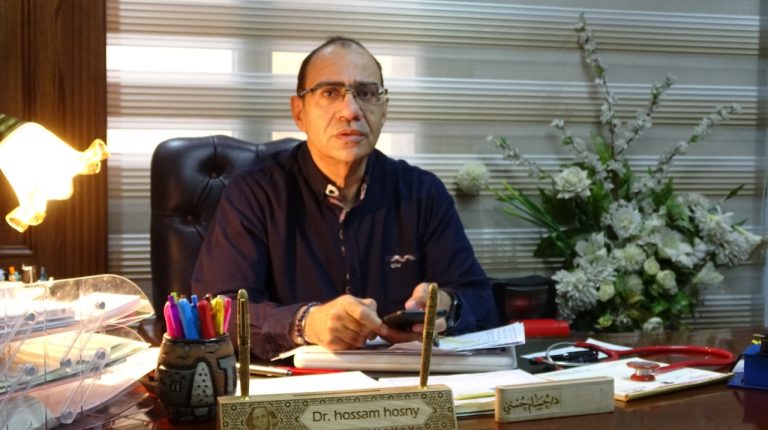 The ongoing global coronavirus (COVID-19) pandemic has been the foremost subject of discussion around the world in recent months, particularly regarding its impacts on all walks of life.

Whether it’s the effects on global health or the economy, or our psychological state arising from the pandemic’s negative impacts, the coronavirus has been hard to escape.

Hossam Hosny, Chairperson of the Scientific Committee to Combat the Coronavirus, spoke to Daily News Egypt on the current situation and the developments in treatments for the virus. He set the record straight on the many conflicting rumours on treatments and vaccines, where we currently stand with the pandemic, and what comes next.

How many cases have undergone plasma injection? How are they responding?

We collected the plasma from a certain number of patients who recovered from the coronavirus, and began injecting it into patients who had tested positive. They are in a severe rather than critical condition. There are a good number of cases who have been injected with plasma, and the results so far are very promising, as these cases no longer need a ventilator and are recovering. The final results will come out in a month.

What is your plan if the clinical trials fail?

Any experience can be a success or a failure. In the event of its success, we have a large amount of plasma that can be given to the patients. In the event of its failure, other scenarios and alternative medicines are currently also under study. If you look at the cure rate in Egypt, you will find that it hovers above 24%, despite the increasing numbers of confirmed cases. If the numbers have not risen during the last period, the cure rate would have reached 40%.

Was Hisham Al Saket injected with the plasma before his death?

Hisham Al-Saket was already in an advanced phase of the virus, and it was the first case where we injected plasma [as a treatment]. Things were not clear then, and he was on a ventilator. Since then we have taken the decision not to inject critical cases with plasma, because we will lose a drug and the results will not be good. We decided to test it only in severe cases and not on very severe or critical cases.

The UAE has announced the success of its clinical trials in treating patients with stem cells. Why has Egypt not considered this solution?

We cannot say that the stem cell has achieved high success rates at this moment, as it is a study that was carried out on only a very small number of cases.

What is the latest development with regard to Remdesivir?

The amount of Remdesivir that Egypt has reserved is about to arrive, and it will be sufficient for a very good number of patients. The World Health Organization (WHO) has borne the cost.

What about the Japanese Avigan, which was originally used to treat the flu?

It has already arrived, and has been tried in university hospitals. The results have not yet been announced.

What is the reality of testing vaccines and reaching treatments that replace trials and alternative medicines around the world?

There is no likelihood of vaccine for at least a year. There are certainly experiences, but there will not be a vaccine before a year has passed.

What is your analysis of Egypt’s casualty figures compared to the mortality and recovery rates of those whose results turned from positive to negative?

The numbers of cases have positive and negative sides. The positive is that citizens have started to develop awareness and carry out examinations, while the negative is that citizens do not currently maintain social distancing, especially in the days before Ramadan, which increased the number of cases. Mortality rates decreased to 6.7, which is a very good percentage globally.

You recently stated that Egypt has reached its peak of coronavirus cases, with numbers stabilising. What is the situation?

As I mentioned to you, this was a conclusion based on the possibility that this increase would be due to the lack of social distancing that occurred before Ramadan, and if it decreased in the coming days, it will be the result of social awareness. It could also continue to increase if we repeat the same ridiculousness that occurred before Ramadan.

Can we continue betting on people’s awareness in the coming period?

We have lost the bet on public awareness, and whoever bets twice on a losing team would lose. So we will not bet on a lost horse again.

Does this mean that we will see tighter measures in the coming period?

We do not demand the application of a complete curfew, but we do demand the law be applied to those who violate the curfew currently in place.  There is a difference between a ban and caution.

As for the percentage of cases who died before reaching hospital, the percentage is now 25%, having previously been 33%, which means there is some citizen awareness regarding the early healthcare stage.

If it is not possible to rely on public awareness, so how will you implement tighter measures?

Can the curfew be lifted after Ramadan if the numbers stabilise?

This is a political decision, but of course, whoever says that we are heading towards living with corona? On the contrary, we will eliminate the coronavirus.

How is the virus affecting different age groups? And what is the mortality rate among youth?

The largest rates of infection were between the ages of 30 and 39, with the largest death rates among those aged between 60 and 70.

Youth have also died from the virus. The ratio has reached less than 10% for the age group between 30 and 39 years, with the death rate not exceeding 8% for the 20 to 30 age group. The rest does not exceed 1%, with no fatalities among children and infants.

The WHO has previously stated that injury rates in medical teams reached 13%. What are the latest figures?

In Egypt, the percentage of injuries among medical teams in May so far is 11%. There are injuries among medical teams, part of which relates to their extreme enthusiasm. When a severe case appears during a doctor’s shift, some of them go quickly to deal with the matter without taking adequate precautions as they are have to decide whether to wear protective clothing and saving a patient’s life.

What is the truth about the state’s tendency to isolate infections in houses instead of hospitals?

This is not in our plan at all during this stage, but we may resort to if the number of confirmed cases increases. It will be citizens who press the state to resort to such a solution as a result of their lack of commitment to social caution.

Have there been cases of Kawasaki disease in children recovering from the coronavirus?

They are just speculations and fantasies, for which no scientific evidence has yet been proven.

Does the virus return to those recovering from it?

No, as the results for those who have shown symptoms of the virus returning show up as false positive. There is no evidence that it returns, nor evidence that it strengthens immunity, just as there is no case that was positive and infected again.