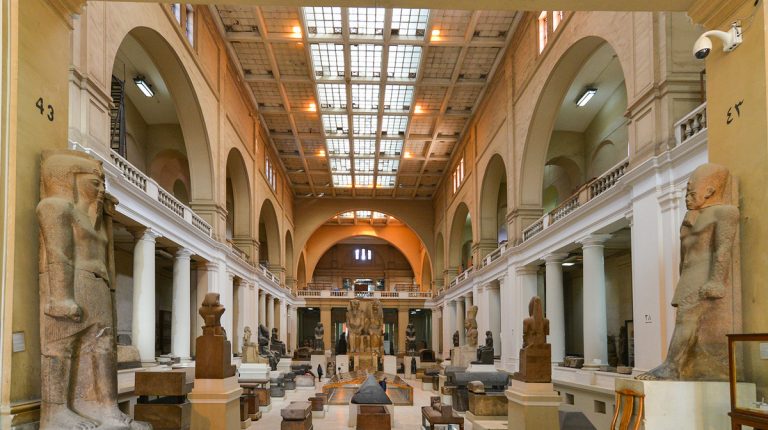 Sabah Abdel Razek, Director of the Egyptian Museum in Tahrir Square, has revealed the museum will reopen to visitors after considering how to apply precautionary measures against the coronavirus (COVID-19).

In a statement on Sunday, Abdel Razek confirmed that some of the museum’s famous collection will be displayed in the rooms that once housed the royal mummies. A total of 22 mummies have already been transferred to the National Museum of Egyptian Civilization in Fustat, with the Egyptian Museum unlikely to display any further mummies in their place.

Abdel Razek added that most of the Pharaoh Tutankhamun’s treasures have already been transferred to the Grand Egyptian Museum (GEM) in Giza. The remaining artefacts, including the pharaoh’s famous golden mask, will be transported to the GEM just before its opening ceremony.

In 2018, the Egyptian Museum started showcasing monuments and artefacts of 18th dynasty courtier Yuya and his wife Tjuyu, instead of Tutankhamun’s treasures, she added.

Yuya was a powerful courtier under the Pharaoh Amenhotep III, while his wife Tjuyu was a noblewoman associated with the royal family. Their daughter, Tiye, became the Great Royal Wife of Amenhotep III and was Tutankhamun’s grandmother.

Abdel Razek added that museum officials are preparing a proposal to register the Egyptian Museum as a UNESCO World Heritage site as one of the oldest museums in the Middle East.

She pointed out that new cards and boards offering explanations on exhibits will be made, showing the locations and discovery dates of the exhibited artefacts.