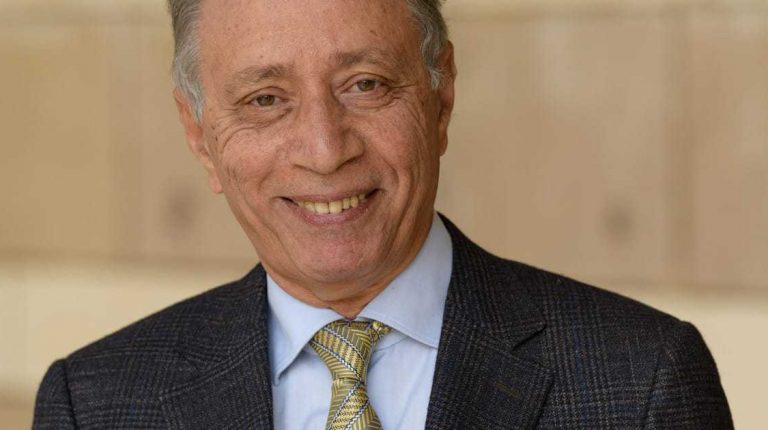 The American University in Cairo (AUC) has held a virtual forum, titled “The World Order Post COVID-19”, to discuss the potential change to the world order post the coronavirus pandemic that claims hundreds of thousands of lives and infects more than four million people globally, as well as the geopolitical impact regionally and internationally.

The meeting, held last Wednesday, was the second AUC Media Virtual Discussion over the pandemic. It witnessed the participation of Bahgat Korany, professor of international relations and political economy and director of AUC Forum; and Ibrahim Awad, professor of practice in global affairs and director of the AUC’s Center for Migration and Refugee Studies.

The participants tackled the change of the nature of relationships between countries, the impact of the pandemic on refugees amid their ongoing crisis, and the effect of the sharp decline in oil prices stirred by the Covid-19.

Questions have been raised recently over the impact of excessive economic interdependence between the world countries, Kornay said, which reflected on the inability of some countries to obtain some products and materials, especially in the medical field.

Kornay added that the second significant point of discussion is the return of the nation-state as the states have proved their powers during the time of the coronavirus pandemic and make crucial decisions such as shutting down or opening borders, enforcing social isolation and quarantine, and using technology to control the society.

“Globally, this state of emergency has required the need for a state with such power. I believe that the idea of a controlling of the nation-state would continue even after this current state of emergency ends,” Kornay highlighted.

Although some said that globalisation is receding, Korany thought the opposite. “The form of globalisation would change, but we are not able to completely halt the stream of the globalisation.”

He said the pandemic will not make a change to the ongoing conflicts such as the Palestinian-Israeli conflict, the wars in Yemen or Syria, and the cold war between China and America.

“We have seen how the US President Donald Trump tried to use the dispute between the two countries in COVID-19, a dispute that started earlier after the US imposed strong restrictions on imports from China,” Kornay noted.

Professor Awad said that many conclude that it is early to predict the shape of the international world post coronavirus pandemic, while others also believe that the nation-state with the old concept of sovereignty would return.

On the refugees’ situation in the time of coronavirus, Awad said that all countries, donors, and organisations have to stand together to confront a pandemic that attacks all people around the world, not only citizens of a certain country. He highlighted that there is a shortage of medical workers in some countries, which opened the opportunity to hire many refugees and migrants in the healthcare sector.

Meanwhile, Awad said that the pandemic may make a change in prioritising policies, in terms of giving public health and education more attention, and to focus on tackling the issues of housing and the informal employment sector.

Awad said that the developing countries would not be able to impose a full nationwide lockdown, because most of them depend on the informal economy and irregular workers. “Many now believe that COVID-19 has not produced new problems but it revealed existing ones,” Awad said.

On the other hand, Korany noted that with the sharp decline in oil prices stirred by the pandemic, the extent of its impact will depend on the social and economic conditions in each country.

Korany pointed out that 12% of the Egyptian national income depends on remittances coming from the Gulf. Countries such as Jordan and Lebanon also depend on similar income. With the reduction of wages in some Gulf countries, Korany expected an increase in the unemployment rates which could be followed by the return of many workers to their homelands. “We should be able to foresee such changes and plan properly for solutions to arising problems that emerged as a result of the coronavirus pandemic.”

Unemployment rises to 9.2% in April due to COVID-19