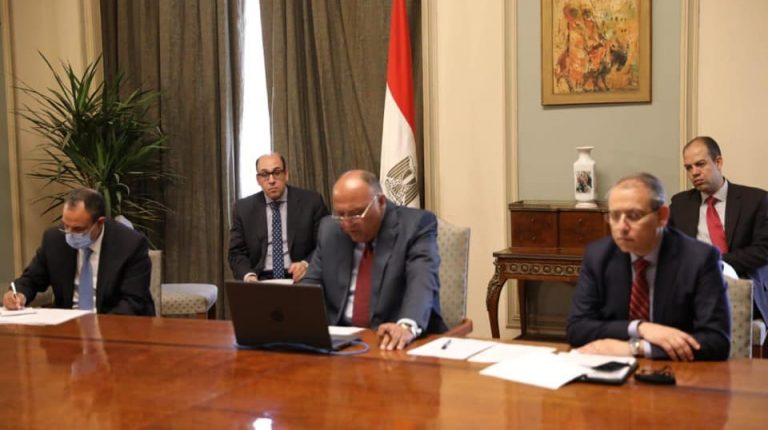 Egypt, Cyprus, Greece, France and the United Arab Emirates (UAE) discussed on Monday the latest developments in the Eastern Mediterranean as well as a number of crises in this region.
In a joint statement issued after a teleconference meeting between the foreign ministers of the five countries, they highlighted the strategic importance of enhancing and intensifying their political consultations, while denouncing the “ongoing” Turkish activities in the Cypriot Exclusive Economic Zone and its territorial waters.
Turkish activities “represent a clear violation of international law as reflected in the United Nations Convention on the Law of the Sea,” said the statement published on the Facebook page of the Egyptian foreign ministry.
The ministers also condemned Turkey’s violations of the Greek airspace, urging Turkey to fully respect the sovereignty and the sovereign rights of all states in their maritime zones in the Eastern Mediterranean.
They also condemned Turkey’s military interference in Libya, urging Turkey to fully respect the UN arms embargo and to stop the influx of foreign fighters from Syria to Libya.
“These developments constitute a threat to the stability of Libya’s neighbors in Africa as well as in Europe,” said the joint statement.
The teleconference meeting was held within the framework of a “3+1” formula joined by the UAE.
Turkey has not immediately responded to the joint statement.