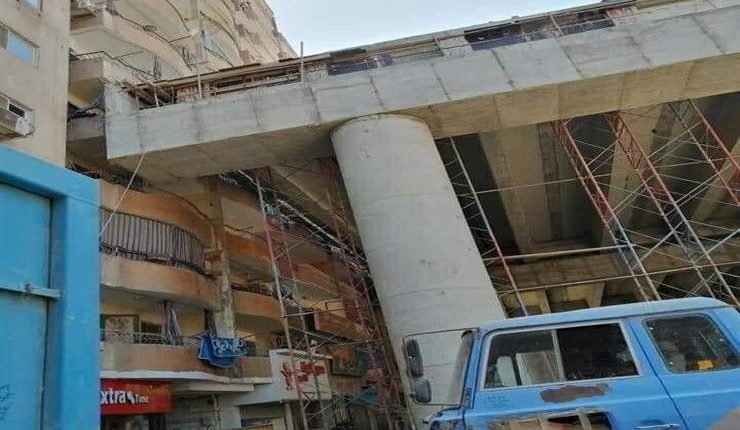 The government has allocated EGP 250m to residents affected by construction of the El Zomor Canal Axis in Giza, according to Hani Younis, Media Advisor to the Prime Minister.

Hany Sobhy, a resident in one of the affected buildings, said in televised remarks that they tried to complain about the construction work, but do not know who to complain to. Sobhy noted that “the under-construction axis blocks out air and sun and it is completely adjacent to the balcony”.

Sobhy added that the residential building where he lives “acquired building permit No 60 in 2008″, and said that “it is not a violating building”.

However, Younis said via a Facebook post on Monday that those residential buildings that violate Egypt’s building and construction regulations will not receive compensation.

Younis added that the Axis, which is currently under construction, “is very significant and will benefit the whole area”.

Mahmoud Nassar, Head of the Central Development Authority (CDA), said that all residents affected by the axis’ construction will be compensated. He also confirmed Younis’ remarks that those who live in buildings that violate construction laws will not receive compensation.

Nassar added that the Egyptian Survey Authority (ESA) and the authorities for the Greater Cairo governorate have formed a committee to receive complaints from affected residents. He added that those who insist on staying in their residential buildings will not be compensated.

The CDA is responsible for implementing the under construction El Zomor Canal Axis, with investments worth EGP 3.9bn.