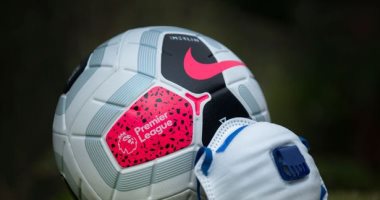 German and English football competitions are set to resume consecutively, the first football in Western Europe to restart since the coronavirus outbreak. The German Bundesliga is the first of Europe’s major leagues to recommence after play was suspended in mid-March due to the pandemic. Football fans who may not normally follow the German competitions will turn their eyes to the Bundesliga for a taste of live football.

German football challenged the coronavirus and became the first in Europe to reveal the dates for the resumption of local competitions of the current season 2019/20, but they will be without fans with Germany having banned all major events until at least August.

The German Football Association (abbreviated DFB) announced on Monday, the dates of the semi-final and final matches of the German Cup “DFB-Pokal” for the 2019/20 season, after it was previously postponed due to the coronavirus.

The DFB is keen to restart other competitions as the men’s top two league divisions are set to resume without spectators on 16 May after a two-month suspension due to the Covid-19 pandemic.

The DFB said its health and safety plan developed jointly with the league for the Bundesliga will also apply for its own competitions. A restart of the third division is set for 26-27 May the earliest, it said.

Christian Seifert, Bundesliga chief executive, said the 2019/20 season will resume next Saturday behind closed doors, to limit the spread of the coronavirus, after obtaining the approval of the German government. The decision came after a meeting between German Chancellor Angela Merkel and the 16 provincial officials.

Seifert affirmed that the local competitions will be back in the announced dates, despite this week’s discovery of new coronavirus cases among Dynamo Dresden players, one of the second-division clubs, with all the squad being quarantined for 14 days.

Speaking to ZDF network, Seifert said that what had happened in Dresden did not mean the top two divisions could not kick off on 16 May.

The United Kingdom government has given the green light to resume the Premier League on 1 June.

It comes as part of the government’s road map to emerge from the Covid-19 lockdown measures. The plan, announced on Monday, included permitting cultural and sporting events to take place behind closed doors for broadcast, while avoiding large-scale social contact.

The league’s 20 clubs took part in a video conference on Monday in an effort to try and find a solution to finish the remaining 92 games of the season. Clubs are said to be determined to finish the season to avoid having to pay back any broadcast or sponsorship money.

However, the EPL is expected to ask the government to reconsider its stance on football having to restart at neutral venues after being urged to do so by several top-flight clubs. Premier League chief executive Richard Masters is expected to raise the subject when he meets with the government this week. Clubs that wanted that aspect of the proposal to be revisited significantly strengthens their argument that clubs should not lose home advantage.

Reuters reported that more meetings between EPL clubs are expected to be held this week, adding that the EPL should give a detailed plan of the season restart to the Union of European Football Associations (UEFA) by 25 May.

It pointed out that it is likely that the meetings will witness some clubs expressing fears of relegation if they played their games in neutral stadiums. In addition, the meetings will discuss the issue of player contracts, as some 160 players’ contracts will expire by the end of June.

Meanwhile, EPL bosses hope training can begin this week, restricted to 75 minutes. Corner-flags, balls, cones, goalposts, and even playing surfaces will be disinfected after each session. Further precautionary measures to be imposed including twice-weekly testing and a daily pre-training temperature check.

The EPL current season has been suspended since 13 March. Liverpool, for which Egyptian star Mohamed Salah plays, is currently leading the EPL table, with 82 points, 25 points ahead of his closest competitor, Manchester City, after 29 matches.