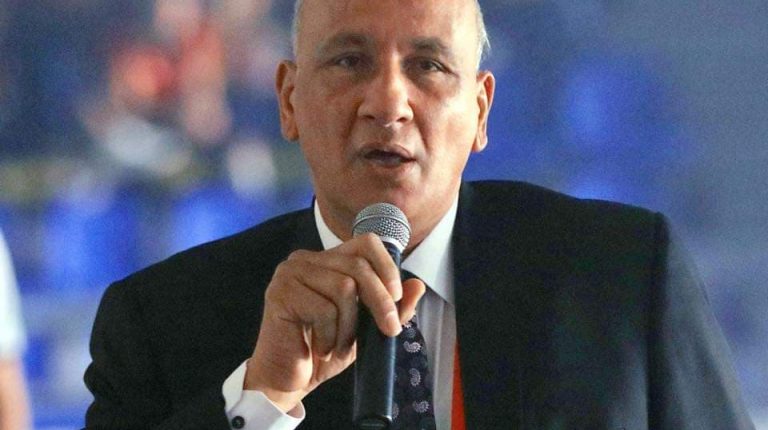 Ahmed Abdel Dayem, executive director of the Egyptian Volleyball Federation, revealed that he would run for the federation’s chairmanship in the upcoming election.

He extended apology for the men and women national teams’ failure to qualify for the 2020 Tokyo Olympics, despite the African qualifiers were held in Cairo.

Abdel Dayem told Daily News Egypt that the national team Dutch coach Gido Vermeulen could not manage some games of the qualifiers effectively, and some players failed to fulfil their roles. In addition, the instability of the federation since 2014 also made the mission difficult.

Vermeulen and his technical staff have been sacked after failing to qualify for the Tokyo Olympics.

In a group with Tunisia, Algeria, and Cameroon, Egypt finished in 2nd place behind Tunisia. As there was only one spot available for African teams, this meant that Egypt will not participate in Japan.

Egypt will now turn their attention to the next African Volleyball Cup in 2021, where they will look to improve on 2019’s 4th place finish.

Commenting on some players’ refusal to play for the national team, he stressed that those players were penalised by the federation.

Abdel Dayem talked about the crisis of local volleyball referees, saying they had EGP 3m worth dues owed by the federation, accumulated since 2015. The federation has agreed with the referees recently to disburse their dues in three tranches. The federation’s previous board of directors disbursed EGP 600,000 and the current board paid EGP 1.2m, along with EGP 400,000 in cheques.

On future plans for the volleyball development in Egypt, he said that the current level of youth national teams is promising, prompting the federation to put a future plan for their development.

Abdel Dayem referred to the latest crisis that rocked the federation, when someone claimed to be from the International Volleyball Federation and sent two spoof emails to the Egyptian federation. The first email directed the local federation to appoint a new management committee headed by former chairperson Fouad Abdel Salam. The second email suspended the national team player Farid Al-Askalani.

“When we inquired from the international federation about these decisions, it became clear to us that the letters were spoofed,” he said.

He noted that such letters could have suspended the entire volleyball activity in Egypt, hinting that Abdel Salam, mentioned in the letters, could be behind the whole issue.

As for the current board of directors headed by Samy Hamdy, Abdel Dayem said he trusts the new board and he just aims to amend the regulations of the federation to allow forming an interim committee to manage the federation until election, rather than assigning the job to the executive director.

Abdel Dayem started practicing volleyball in the Shooting Club in Sharqia governorate, and then was transferred to Zamalek after football star at the time Azmy Megahed supported Abdel Dayem’s move to Zamalek.