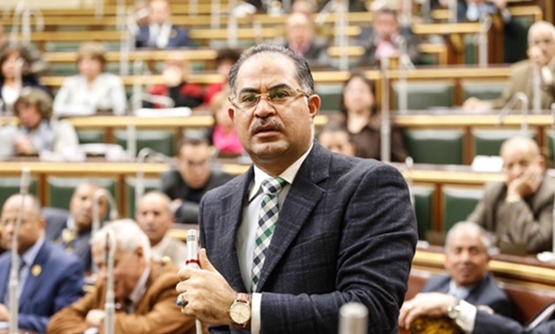 Parliament will continue sessions despite the first Member of Parliament (MP) being diagnosed with the coronavirus (COVID-19), according to Soliman Wahdan, Deputy Speaker of the House of Representatives.

The MP was identified as Sherine Farag, who is a member of the House of Representatives’ African affairs committee. The Ministry of Health announced on Tuesday that she tested positive for the coronavirus.

The MP has been quarantined at Cairo’s Qasr Al-Eini hospital, with all MPs who have come into contact with her instructed to undergo 14-day home isolation.

Wahdan added that twelve MPs have come into direct contact with Farag, as she met with members of the Plan and Budget Committee and attended a plenary session last week. He also noted that all have undergone tests, with the results released ut after 48 hours.

“It is not permitted for anything to hinder the work of the legislative institution,” said Wahdan, pointing out that the MP caught the infection from outside the council. He added that it would not affect parliamentary work, as there are important economic, social and political legislations and economic agreements that need to cabinet approval.

Parliamentary spokesperson Salah Hasballah said the committee will hold the next plenary session on 17 May, with the Committee for the Plan and Budget’s involvement to discuss the state’s general budget. Also on the discussion table will be the state’s economic and social plan, in addition to the budget for education, health, youth and sports.

“We will intensify the meetings of the committees to discuss the budget and adopt it before the beginning of the current fiscal year,” Hasballah added.

The parliament resumed sessions on 29 April after being suspended for over a month due to coronavirus fears. In November 2019, Parliament Speaker Ali Abdel Aal said the current fifth and last legislative term will last until early January 2021.