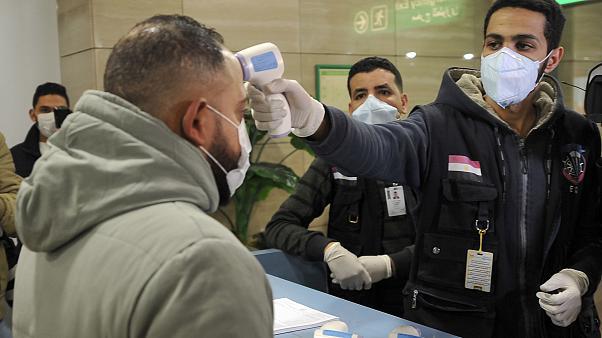 Egypt has worked hard to evacuate a large number of Egyptians stranded abroad in a short time, Minister of Immigration and Egyptian Expatriates Affairs Nabila Makram said on Saturday.

Makram said that her ministry and the Ministry of Planning are cooperating in distributing a form to returnees, especially from the GCC. The cooperation is to benefit from the returning manpower by involving them in Egypt’s development process.

“Most of the stranded Egyptian have returned from the Gulf states, and most of them are skilled workers, which is a tremendous human power, and must be exploited by their participation in the national development projects taking place in the country, ” Makram said.

She also said that the form will help ministries identify these workers’ governorates of origin to discuss opportunities for their integration in sustainable development efforts, as part of the government’s 2030 strategy

Most returnees are residents whose work contracts were terminated, with others having residency issues, Makram added.

EgyptAir is expected to evacuate further stranded Egyptians from Washington, Jeddah and Dubai on Saturday, while CairoAir running flights to Abu Dhabi.

About 12,000 Egyptians have arrived from abroad on 70 flights since late April. The Ministry of Civil Aviation reported that flights were distributed among Cairo, Marsa Alam and Sphinx Airports.

On Friday, Sphinx International Airport received its first repatriation flights for Egyptians returning home from Abu Dhabi. The airport, located on the western side of Greater Cairo, and which was inaugurated in January 2019 at a cost of EGP 300m, was built to alleviate the pressure on Cairo International Airport.

Egypt has sent flights to over 30 countries in efforts to repatriate stranded nationals, including the US, Canada, France, Germany, England, Spain, Ukraine, and Russia.. All returnees are required to spend 14 days in isolation in either university dormitories, hospitals or hotels in the Red Sea city of Marsa Alam, to ensure they are not carrying the coronavirus.

Egypt is hoping to evacuate all stranded Egyptians before the Eid Al-Fitr holiday, which begins on 23 May. Prime Minister Mostafa Madbouly said on Wednesday that the number of returnees is expected to reach over 16,000 Egyptians.