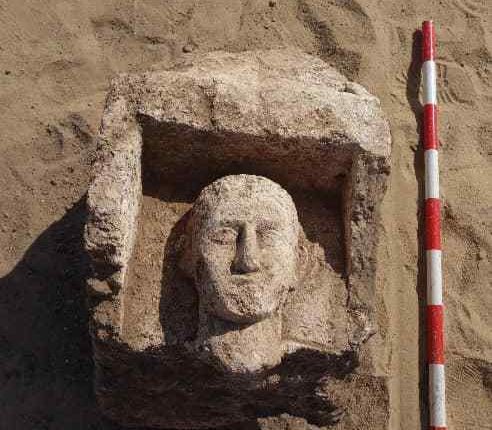 A unique cemetery dating back to the Late Ancient Egyptian period has been discovered at the site of ancient Oxyrhynchus, or modern day Bahnasa in Minya Governorate. The discovery was made by an Egyptian-Spanish archaeological mission affiliated to the University of Barcelona.

Mostafa Waziri, Secretary General of the Supreme Council of Antiquities, said the cemetery is unique, and is in a style that has not been discovered before.

Oxyrhynchus is considered one of the most important archaeological sites ever discovered in Egypt, and has yielded an enormous collection of papyri dating from the Ptolemaic Kingdom and Roman Egypt.

It has been estimated that over 70% of all the literary papyri so far discovered in Egypt come from Oxyrhynchus. These include copies of well-known standard works and previously unknown works by the greatest authors of antiquity.

The new discovery, however, shows that there remain many secrets that have not been revealed yet in Bahnasa.

Esther Ponce, Head of the joint mission, said that the excavations showed eight Roman-era tombs with domed and unmarked roofs. Inside the tombs, the archaeologists found many Roman tombstones, bronze coins, small crosses, and clay seals.

The cemetery dates back to Ancient Egypt’s late period, between 664 BC and 332 BC, in what is also called the El-Sawi era. This followed a period of foreign rule by the Nubian 25th Dynasty, and begin with a short period of Neo-Assyrian suzerainty, when the 26th Dynasty head by Psamtik I initially ruled as Assyrian vassal prince of Sais city.

Psamtik I both united all of Egypt and freed it from Assyrian control. He also destroyed the last vestiges of the previous dynasty’s control over Upper Egypt, restoring the country’s prosperity during his 54-year reign.

The pharaoh established close relations with ancient Greece, encouraging many Greek settlers to establish colonies in Egypt and serve in the Egyptian army. The 26th dynasty ended with the conquests of Egypt by the Achaemenid Empire under Emperor Cambyses.