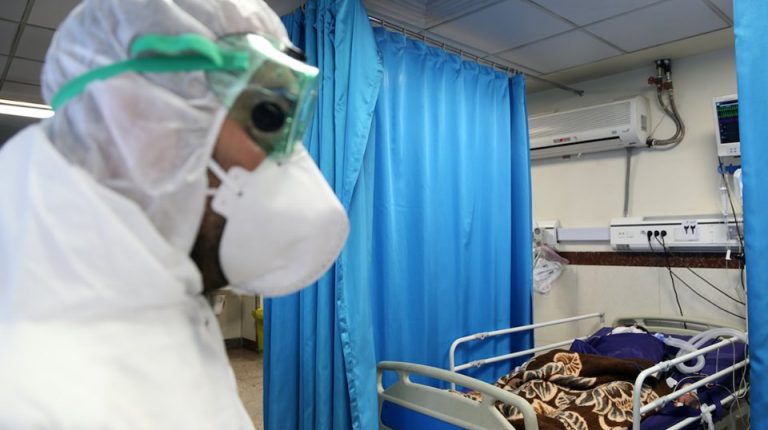 The Cairo Medical Syndicate announced on Tuesday the death of Dr Fikry Mounir Aziz, who died from complications related to the coronavirus (COVID-19). Aziz is the twelfth doctor to pass away from the virus.

The announcement came on the same day that the Ministry of Health reported 720 new cases and 14 new fatalities. The latest figures raise Egypt’s total number of confirmed cases to 13,484, and 659 deaths with 3,742 recoveries.

Aziz, who worked at the Mar Morcos Hospital in Shubra, undertook a PCR test at Ain Shams University Specialized Hospital after presenting with virus symptoms. He tested positive for the coronavirus, according to a statement circulated by St Mark Church Shubra and the hospital’s administration.

The hospital said that it had isolated all those who had been in contact with Aziz, adding that the hospital is working to take all the necessary precautionary measures.

Over 220 doctors across Egypt have been infected with the coronavirus so far, according to Egyptian Medical Syndicate (EMS) council member Ibrahim El-Zayat. However, he said that this number does not represent the real number of infections, as the Ministry of Health has not released data of infections or fatalities among healthcare workers.

On Tuesday, the Prosecution undertook investigations after a patient at the Abassiya Chest Diseases Hospital, who had been diagnosed with the coronavirus, threw himself from the hospital’s fourth floor.

Initial investigations suggest the victim, who was reportedly in his 40s, threw himself from his room window after he was informed of the positive diagnosis. The initial medical examination found that he had suffered a skull fracture and internal bleeding that led to his death.

The EMS has called for the Ministry of Health to change its new infection control protocol instructions for medical staff in contact with coronavirus cases. It also demanded that a quarantine hospital be allocated for medical workers working at hospitals affiliated with the ministry in Cairo. The move would protect medical workers who are fighting on the frontline against the coronavirus.

Local media has reported that Cairo International Airport’s quarantine department has reduced the quarantine period for repatriated Egyptians to seven days instead of 14. The quarantined citizens would be allowed to leave only after reporting a negative PCR test.

Citizens will be allowed to continue their quarantine period at home following the negative test, the media reports added. If a returnee presents symptoms and they test positive, they will be placed in a quarantine hospital.

TV presenter Ahmed Mousa said on Monday that a tourist village along Egypt’s North Coast has been shut down after several coronavirus cases were detected.

“A village at 70 km was closed, and visitors who were waiting to spend Eid Al-Fitr holiday there were evacuated,” Mousa said during his TV show Ala Mas’olity.

On Sunday, Cabinet spokesperson Nader Saad said that all public beaches and beaches affiliated with tourist villages will be closed during the Eid Al-Fitr holiday. The exception to this would be beaches affiliated with around 10 hotels that have regularised their situations, whilst committing to the 25% occupancy rate limit as outlined by the state’s precautionary measures.

On Monday, Daqahleya Governor Ayman Mokhtar announced that he had tested positive for the coronavirus. The governorate’s general office has been disinfected and sterilised, with workers evacuated until disinfection was finished.