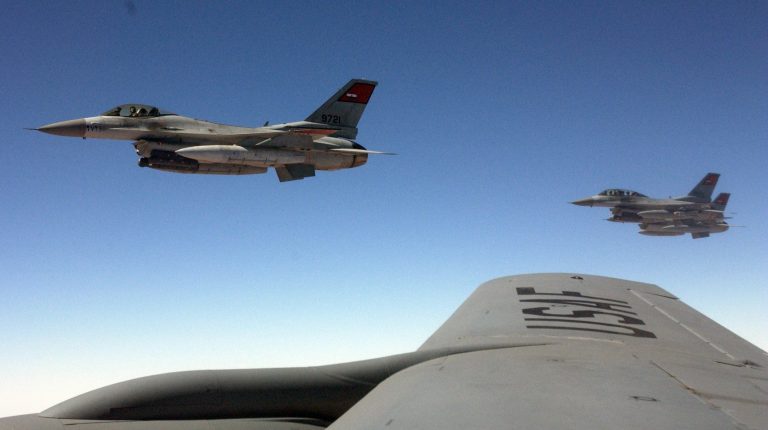 Egypt will not tolerate any threats to its national security and will take the necessary measures to protect it, a high-ranking official has told Daily News Egypt. “We are ready to strike deep inside any country to neutralise the threat either near our borders, or elsewhere,” the official said, adding “President Abdel Fattah Al-Sisi’s meeting yesterday assessed the national security threats caused by Turkey’s deployment of Syrian mercenaries affiliated with extremist groups such as Al-Qaida and the Islamic State to Libya.”

President Al-Sisi Said Tuesday that Egypt will not tolerate any terrorist groups or their supporters. He added that Libya is part of Egyptian national security.

During a meeting with Minister of Defence Mohamed Zaki on Monday, President Al-Sisi urged Egyptian army commanders be prepared to protect the country’s national security. Also present at the meeting were the head of the Armed Forces Operations Authority, the head of the Armed Forces Engineering Authority, and the commander of the Central Military Region.

The source stressed that the meeting was to ensure the Egyptian Armed Forces’ readiness to safeguard national security, especially on three strategic directions. He named these as “Libya in the west, Sudan to the South, Sinai and the Red Sea to the East.”

Since 2014, Libya has had two competing governments. These are the Government of National Accord (GNA), based in Tripoli, and to the east, the Libyan Arab Armed Forces (LAAF), also known as Libyan National Army (LNA). The latter is led by Khalifa Haftar, allied with Libya’s House of Representatives, the country’s only elected institution.

“Egypt supports Libya’s national army and is not in favour of any extremist militias that seek to play havoc with Libyan lives and partition the country,” the source emphasised.

The LNA currently controls the majority of Libya, except for the capital, Tripoli, and coastal city of Misrata.

The high-ranking official stated that the Turkish claim that its illegal intervention in Libya is to “protect its borders” is a lie, as Turkey does not share any borders with Libya in accordance with international law.

The Syrian Observatory for Human Rights (SOHR) reported on Monday that new batches of Syrian militants arrived in Libya after receiving training in the Turkish camps.

Turkish reinforcements aim to compensate for the death toll among Erdoğan’s mercenaries, which has risen to 298.

“Blatant Turkish interference in Libya is an explicit and serious infringement to UN Security Council resolutions, which calls to uphold a UN arms embargo and committing to a peaceful political solution conclusive of all Libyan sides. Not to be imposed by force of arms,” the source added.

The SOHR says that Turkey has recruited nearly 10,000 militants to fight in Tripoli, noting that 7,400 arrived in Libya, while nearly 2,500 others arrived in Turkey to undergo training.

The GNA was brought into effect by the 2015 Skhirat Agreement, also known as the UN-brokered Libyan Political Agreement (LPA). However, the GNA mandate expired in 2017, and its legitimacy has been questioned by the House of Representatives.

On 27 November 2019, the GNA signed a memorandum of understanding (MoU) with Turkey on Mediterranean maritime sovereignty. It allows for training, consultancy, experience transfer, planning and material support to be provided by Turkey. Following the signing of the agreement, Erdoğan’s government stepped up illegal activities banned by the UNSC resolution.

The deal was dismissed by Egypt, Italy, France, Greece, Israel, the UAE, and Cyprus as illegally claiming rights over oil and gas drilling rights in the eastern Mediterranean. The 27 November agreement claims a sea corridor between Libya and Turkey, and in areas where Greece considers its maritime rights according to 1982 UN Maritime Law agreement.