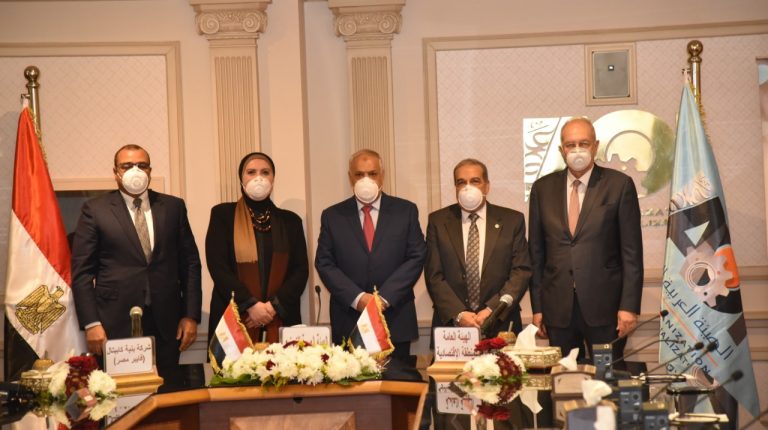 Benya Capital has announced its partnership with the Arab Organization for Industrialization (AOI) to establish the largest optical fibre cable factory in the Middle East and Africa.

During the meeting, representatives from both companies signed the agreement for the factory, worth EGP 1bn in investments and which will be constructed in the Suez Canal economic zone.

El-Terras added that Egypt has taken concrete steps to achieve its digital transformation goals, with the latest fibre cable factory establishing higher speeds and safety. There is Arab interest in manufacturing to support Egypt’s strategy to achieve smart digitisation, development, and an enhancement of the local and continental communications solutions in accordance with international quality standards.

El-Terras stated that the new factory will provide many jobs using the latest technology for young engineers, technicians and trainees, using the standards of the Fourth Industrial Revolution.

He added that the AOI aims, with this partnership, to establish a national industry that meets local market needs for an advanced networks and communications technology infrastructure. It also aims to open opening export outlets for the Arab region and Africa This would help Egypt better serve development projects and smart cities inside the country..

Ahmed Mekky, Chairperson and CEO of Benya Capital, said the agreement is the first of its kind in Egypt to achieve smart digitisation in giant digital projects. He noted that the company is looking to develop the technological infrastructure for all development projects and relevant IT solutions and services.

He added that the factory’s experimental production is planned to start during the third quarter (Q3) of 2021 with an annual production capacity of over 4m km of optical fibre cables.

This capacity will gradually increase according to the company’s ambitious and practical expansion.

“Egypt will become one of the most important international hubs for storing and transmitting data,” he added.