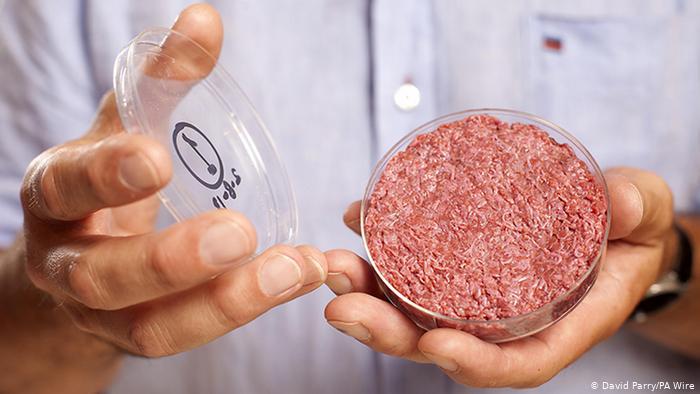 Food production has always shaped the lives of humans and the face of the Earth. Be it the plough or the refrigerator, the wheel or artificial fertilisers, innovations have time and again transformed the ways we grow, process, and consume food over the last millennia.

Today, with almost 40% of all the planet’s land used for food production, the food system massively impacts climate and the environment, from nitrogen flows and biodiversity to water use and greenhouse gas emissions.

In a new study published recently in the journal Nature Food, an international team of researchers assessed and categorised key innovations with a potential to transform the food system. They looked at several aspects, including artificial meat, seafood, bio-fortified crops and improved climate forecasts, to establish what is most needed to make them succeed.

Alexander Popp, one of the study’s authors and head of the land-use group at the Potsdam Institute for Climate Impact Research (PIK), argues that agriculture has not always shaped our planet for the better.

“Nitrogen has boosted yields and lifted millions out of hunger, but if too much of it drains into nature, whole ecosystems can collapse,” Popp said, “So, in light of an expanding world population, huge and rising dietary and nutritional needs, and rapidly shrinking space to remain within safe planetary boundaries, we need to identify innovations that can transform the food system, making it sustainable while feeding more people, and what it takes to make them fly.”

To do that, the authors conducted a technological review spanning three millennia, looking at past successes like the plough or the greenhouse. The focus was placed on innovations that have yet to be rolled out, as it is in this area that the researchers aim to answer where society should place her cards.

“We regard transformation as a process of systemic change,” said Mario Herrero of the Commonwealth Scientific and Industrial Research Organisation in Australia, “This means we not only analyse technologies, but also values, policies and governance. With such lenses we have assessed what innovations there are, globally, how to categorise them, and how ready they are.”

The ten categories identified by the researchers include food processing, gene technology, digital and even cellular agriculture. The innovations, as such, are very broad, ranging from substitutes for livestock or seafood to bio-fortified crops or improved climate forecasts. Researchers are also currently looking to boost light harvesting in photosynthesis to improve biomass yield.

“Amongst the items currently sprouting in the global incubators are very advanced elements such as insects for food or meat substitutes, but even high-impact basic research like fine-tuning photosynthesis,” Herrero said.

He added that developing a new technology remains insufficient to inspire a disruptive change in the food system, with innovations can only unfold under the right conditions for policies and social acceptance.

“Plant-based meat and milk substitutes are a great example, as the recipes for seitan, soymilk or tofu were out there for a long time,” Herrero said, “Only in recent years, with rising consumer awareness on environmental issues, health, and animal welfare, do we have the right climate for behavioural change, and companies are seeing the business opportunities.”

Herrero said that companies are now ready to refine the technology that will make the products tastier and cheaper. The final boost could come when environmental pollution gets priced, revealing the true costs of a beef burger versus a pea patty.

“Plant-based meat can become one of the largest transformations in our food system, and it might take off now,” Herrero said.

Johan Rockström, PIK director and co-author of the study, summarised by saying, “The Paris Agreement’s two-degree target together with the UN’s 2030 goals of eradicating hunger, gives us a clear direction of where we are going. This research now shows us not only how to get there, but also provides confidence that it is indeed possible to succeed.”

Rockström added that humans do not need to consider settling on other planets to ensure all are fed. Instead, what is needed is to prepare the ground by implementing the right policies for sustainable innovators and actors that can scale change in the entire food industry. This would include carbon and nitrogen pricing and science based targets for sustainable food.

German theater gives Trump a taste of his own medicine