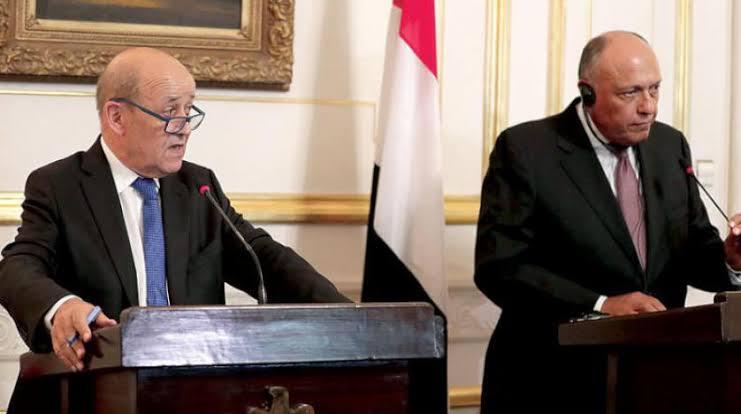 Egypt’s Minister of Foreign Affairs Sameh Shoukry and his French counterpart Jean-Yves Le Drian discussed on Tuesday the Libyan conflict developments and ways to reach a comprehensive political settlement to the crisis. The officials warned against the possible negative consequences of foreign intervention in Libya.

During a phone call, both ministers also exchanged visions over the Palestine-Israel crisis, agreeing on the importance of resuming peace talks to reach a two-state solution, said the ministry spokesperson Ahmed Hafez.

The phone conversation also tackled the latest developments of the Grand Ethiopian Renaissance Dam (GERD) and the ongoing efforts to reach an agreement over the filling and operation of the dam in a way that ensures the rights of the concerned parties.

The Egyptian and French ministers discussed the bilateral relations and ways to boost economic cooperation.