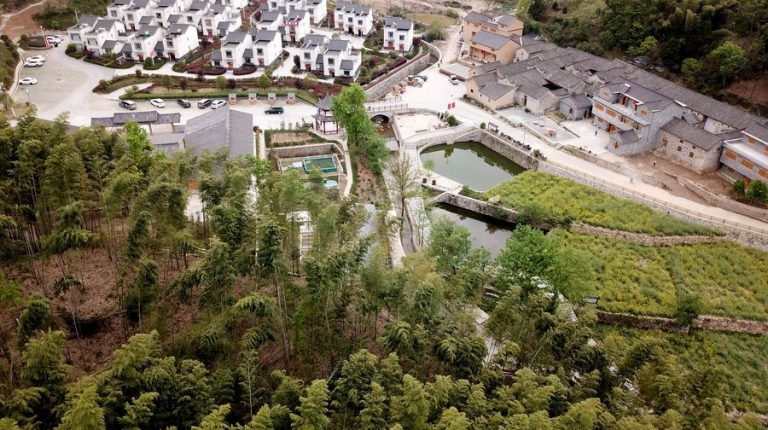 As the novel coronavirus (COVID-19) pandemic keeps ravaging across the globe, infecting over 5.6 million people and claiming the lives of over 350,000 so far, questions about each country’s response to the pandemic has been raised.

US President Donald Trump and Beijing have traded repeated barbs in recent weeks, on issues from the World Health Organization (WHO) to potential lawsuits against China over its alleged cover-up of the outbreak.

Trump even argued in an interview with Reuters that China’s handling of the novel coronavirus is proof that Beijing “will do anything they can” to ensure he loses his campaign for re-election.

US vs China, who did handle it better?

The United States has reported more than 1.4 million COVID-19 cases and over 84,000 deaths, topping the list of countries with the most confirmed cases and fatalities worldwide.

The first case of COVID-19 in US was announced on 21 January and the first death on 29 February, according to the Centers for Disease Control and Prevention. On 5 May, US media disclosed that as many as 171 people in Florida have contracted the virus, two months before officials confirmed the reports.

On 11 January, the Chinese Center for Disease Control and Prevention uploaded five whole genome sequences of the novel coronavirus on its website and shared data with the world.

Also in January, the White House received advice from experts and the intelligence services about the need for urgent mitigation measures against the spread of the virus. Nevertheless, it had chosen to play down the severity of the virus until early March.

Meanwhile, China has made all-out efforts to fend off the “first wave” of the virus outbreak.

Wuhan, the hardest-hit Chinese city by the virus and capital of central Hubei province, underwent lockdown that lasted for 76 days until 8 April when infection rates were drastically reduced across the country.

During the months-long combat, two emergency hospitals with a total of 2,600 beds were built from scratch in Wuhan within about two weeks, and 16 temporary hospitals were converted from gyms and exhibition centres to add 13,000 beds. More than 42,000 medical staffs, including those from the military, were dispatched to Hubei from across the country. At the peak of the pandemic fight, one in 10 intensive care medics in China were working in Wuhan.

While governments worldwide are still racing against the clock to contain COVID-19, Trump took comfort in his accusations over the pandemic’s death tolls in different countries.

Trump wondered, “Does anybody really believe these figures?” He insinuated that China had underreported the fatalities it suffered from the coronavirus outbreak, referring to China’s reported mortality rate of 0.33 per 100,000 people.

Though China’s population is more than four times that of the United States, the number of COVID-19 deaths in China was less than 10% of the US.

China has reported 4,642 coronavirus deaths as of 24 April, compared to 49,954 deaths in the United States, according to data from WHO and Johns Hopkins University.

Why does COVID-19 death rate vary from one country to another?

Thanks to the resolute measures, the coronavirus outbreak in China was largely contained. Hubei suffered 97.4% of deaths and 82.3% of confirmed cases in the Chinese mainland.

Another indicator, the case-fatality ratio or the deaths-to-infections ratio, which calculates the rate by dividing total deaths by the number of confirmed cases, is also widely used to reflect both the severity of the outbreak and the effectiveness of treatment.

Belgium, France, UK, Italy, the Netherlands, Spain, Iran, the United States, China, and Germany were ranked by Johns Hopkins University as the top 10 countries that have the most deaths proportionally to their COVID-19 cases. The proportion in the United States was 5.7% and that in China stood at 5.5% on 24 April.

Globally, the deaths-to-infections ratio stood at about 6.9% on 22 April, with 175,694 deaths and over 2.54 million confirmed cases worldwide, according to WHO data.

Wearing face masks made a big difference in preventing the virus transmission among people, particularly medics, according to Wang Xinghuan, President of the Zhongnan Hospital of Wuhan University.

Placing patients with mild symptoms under home isolation could transmit the virus to more family members, Wang said, citing lessons Wuhan has learned by reporting many cases in which one patient infected three, five, or six family members in the early days of the outbreak.

Anthony Fauci, Director of the National Institute of Allergy and Infectious Diseases, said in the Senate hearing that he suggested states pump the brakes on reopening until the number of new cases per day starts to decline. This viewpoint was totally contradicted by Trump, who has urged states to relax COVID-19 restrictions and even encouraged protests in states that rejected Fauci’s advice.

“Most of us (experts) feel that the number of deaths are likely higher than that number, because … there may have been people who died at home who did have COVID-19 who were not counting as COVID-19, because they never really got to the hospital,” said Fauci.

The 79-year-old expert, who has worked under six presidents, pushed back on the claim that schools should be reopened because the coronavirus does not appear to be as lethal to young children.

Trump was quick to oppose Fauci’s comments. “I think you should absolutely open the schools. Our country has got to get back, and it’s got to get back as soon as possible,” Trump told reporters.

Earlier this month, Trump’s administration barred Fauci from testifying at a hearing on the US coronavirus response in the Democratic-held House, claiming that the key health official was too busy.

Meanwhile, Chinese Foreign Ministry spokesperson Hua Chunying said, “In the face of the pandemic, to help others is to help yourself.”

The Chinese government has provided 120 countries and four international organisations with medical supplies such as surgical masks, protective suits, detection kits, and ventilators.

Also, the country donated $50m in cash to the WHO, and agreed to suspend principal and interest repayment for 77 developing countries’ debts due between 1 May and the year end, in response to the debt service suspension initiative for the poorest countries adopted at a recent G20 meeting. China said its assistance to other countries is a return of their kindness in helping it with the COVID-19 response.

China managed to maintain masks prices for both global and domestic markets, by organising as many qualified manufacturers as possible, tapping the full potential of the industrial chain and strengthening market supervision. The biggest challenge was to manage costs that spiked due to soaring demand.

Cao Haoquan, Chairperson of the Guangzhou Weini Technology Development Co., Ltd., a supplier of masks and respirators, said, “The biggest challenge for me is how to curb the impact of rising costs on the prices of masks. Prices of equipment, raw materials, and labour have been jumping quickly.”

As for raw materials, one example is how Sinopec Yizheng Chemical Fibre Co., Ltd., a subsidiary of China’s largest oil refiner Sinopec, has put six of its 12 planned melt-blown non-woven fabric production lines into operation since 29 March. The company has so far produced 100 tonnes of the raw material used in making 100 million medical masks.

The government has also stepped up its crackdown on market disruptions, punishing criminal activities relevant to protective items such as hoarding and price gouging, as well as manufacturing and selling fake and inferior products.

What is the origin of COVID-19?

To date, the origin of COVID-19 has not been identified, and Wuhan being the first to report the virus does not mean that it is its origin.

Some US politicians claimed that the virus was manufactured and leaked by the Wuhan Institute of Virology.

WHO spokesperson Fadela Chaib said on 21 April that all available evidence suggested the virus had an animal origin and was “not manipulated or constructed in a lab or somewhere else.”

Fauci said in an interview with National Geographic on 4 May, “If you look at the evolution of the virus in bats and what’s out there now, (the scientific evidence) is very, very strongly leaning toward this could not have been artificially or deliberately manipulated.”

Meanwhile, the US decision to halt its funding to the WHO has drawn sharp criticism. Saying the WHO “failed to adequately obtain, vet, and share information in a timely and transparent fashion,” some US politicians claimed that China is “manipulating” and “bribing” the organisation.

Among the 21-strong headquarters leadership team of the WHO, 11 are from the United States, the European Union, Canada, and Australia, and only one is from China.

China decided not to set a specific annual economic growth target for 2020. The pandemic has taken a heavy toll on the economy in the first quarter, as the gross domestic product shrank 6.8% year-on-year, according to government report on 22 May.

The employment must be stabilised with over 9m jobs being created this year, as the report notes, highlighting the concept of putting people first.

Chinese manufacturers turned to the domestic market as exports dropped due to global recession.

An e-commerce warehouse called platform 0594 in the city of Putian, east China’s Fujian province, is cooperating with over 40 manufacturers for live streaming services,” said Chen Xing, general manager of 0594.

The platform is also building an internet celebrity incubator and has so far organized seven rounds of influencer training courses enrolling more than 200 attendees.

“The pressure is mounting to keep the factory running,” Wu said. “By the end of June, workers would be left with no work to do as soon as we complete the existing orders.” The factory produced 10,000 pairs of massage shoes in April, and the number is expected to reach 30,000 in May, enough to keep the production lines running.

Along with e-commerce, customer to manufacturer, or C2M, which allows consumers to place orders directly to factories for customized products, has become a buzzword among export-oriented manufacturers hoping to reach domestic consumers amid the pandemic.

Li Junjie, who runs a ceramic flowerpot plant in Fujian’s Dehua County, one of the manufacturing centres of ceramics in China, did not sell a single pot to his overseas customers since the coronavirus outbreak in late January.

“Our online sales almost doubled over the past year, and we have sold over 100,000 customised pots this year, thanks to the C2M business model,” Li said.

“The year 2020 marks the concluding phase for China’s endeavour to build a moderately prosperous society in all respects and deliver on the 13th Five-Year Plan,” Wang Yang, Chairperson of the 13th National Committee of the Chinese People’s Political Consultative Conference, said last week.

The country’s poverty alleviation tasks are near completion, as the number of impoverished people fell to 5.51 million in 2019 from 98.99 million in 2012.

China announced that the last nine poverty-stricken county-level regions in east China’s Anhui province have been removed from the country’s list of impoverished counties.

White House staffer tested COVID-19 positive was not ‘near’ Trump

Manufacturing, extractive index falls 8.7% in February due to COVID-19