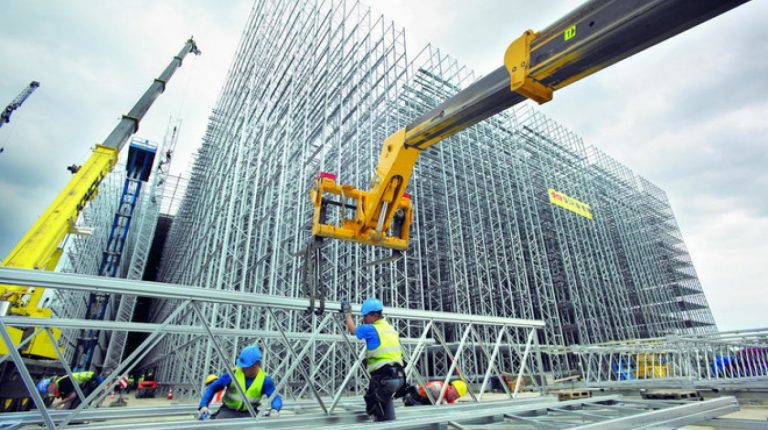 Minister of Local Development Mahmoud Shaarawy has suspended construction permits and building activities for new private housing and existing projects, pending review of the documentation and permits granted as of 24 May for 6 months. The decision applies for Greater Cairo, Alexandria, and big cities nationwide.

Shaarawy added that clear procedures to implement the decree will be announced in the coming period. This will be undertaken in coordination with all governorates, and confirms the state’s sincere efforts in preventing illegal construction.

President Abdel Fattah Al-Sisi has called on the Ministry of Interior and related authorities to take the necessary steps to put an end to building violations in the country.

Real estate developers and brokers believe the decree is correct, and comes in the interest of both citizens and the state. They added that it aims to ensure that all citizens have proper access to utilities.

He added that the decision will contribute to reducing crowding in Egypt’s major cities, including Cairo and Alexandria. The temporary suspension of construction permits would also limit the growth of informal settlements that pressure utilities and services, he added.

The decree would also motivate mortgage finance opportunities, as property sales in Cairo and other old cities rely on cash payments.

Ahmed Samir, Commercial Director of Al-Wadi Tourism Investment and Real Estate, agreed with Selim that the decision would limit informal settlements as many people tend to buy properties in those areas due to their low prices.

Property sales in new cities would increase because these projects were already licensed and would not be affected by the decision, Samir added.

However, the decision would negatively affect small companies that build separate buildings as their business would halt during the suspension period, he noted.

“I think that the decision may inspire big developers to pay attention to the C class, which has a real demand for housing, by building real estate units that are commensurate with the purchasing power of that segment,” Samir said.

Reda El Menshawy, sales manager at Diarna Real Estate, said the decision would not affect real estate sales because it is not applicable to new cities which usually acquire the lion’s share of the property market. Additionally, the decision will not have a great impact because of the already low demand on property due to the coronavirus pandemic.

“The main objective of the decree is to give the Ministry of Interior judicial oversight to counter any illegal building.” he explained.

Meanwhile, MP Mohamed Fouad has submitted a request for an inquiry into the decision by Prime Minister Mostafa Madbouly and Minister of Local Development Mahmoud Shaarawy.

Fouad said, “We had to point out that the second paragraph of the decree, which suspends construction in projects that were already licensed, is a disservice to the Constitution. The building permit once issued by the administrative authority has become guaranteed by the Constitution as mentioned in Article 35 ’Private property is protected’ and shall not be expropriated or suspended as long as it does not conflict with the public interest.”

Moreover, the Plumbing and Sanitary Wares Division of the Cairo Chamber of Commerce said the government’s halt of building permits is an ill-considered decision. This is especially in light of the current circumstances, which coincide with the usual higher demand in the summer.

Head of the division Matta Bishay said the decision would cause huge losses to traders because it came out in an illicit way and without consulting specialists. He explained that the summer months between May and August are considered “the construction season”, in which sales grow.

Bishay added, “In light of the current coronavirus crisis, such decisions should have been postponed because they increase the stagnation in the market. Additionally, since March, sales have almost stopped due to the pandemic, and most construction operations were postponed for the summer, so the companies were counting on this coming period to sell their products.”

He pointed out that the contracting sector is important and vital, and stopping it means stopping more than 95 related industries and trades that operate under this important sector, calling on the government to reconsider the decision to avoid completely paralyzing the market.