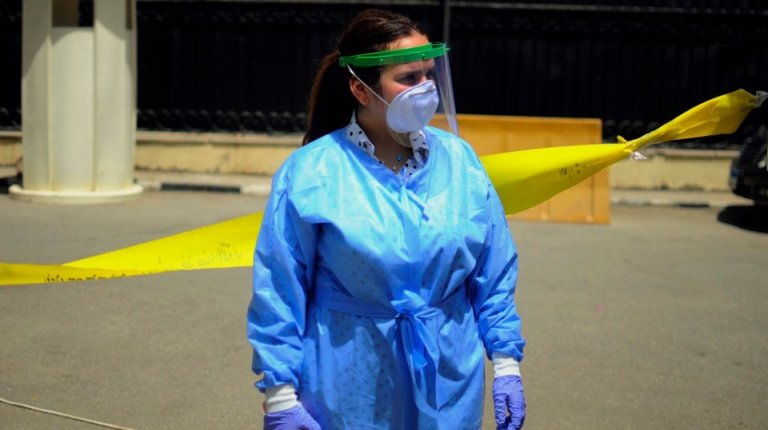 Talking to Daily News Egypt on Monday, El-Zayat said that four doctors died from the virus on Sunday, namely Dr Gamal Abu Al-Ela, a consultant of internal medicine and Dr Sabah Saad Farag, a Gynaecology consultant in Giza. Also among the deaths were Dr Mohamed Farid Elgendy, a consultant and professor of cardiology at the National Heart Institute and Head of the Cardiology Department at Al Mabarra Hospital, and Dr Ronz Yassy Maqqar, Obstetrics and Gynecology Consultant in Beni Suef.

The EMS also mourned on Monday the coronavirus-related death of urologist Dr Ahmed Yassin Ghallab, who died three days ago, but whose death was only reported to the EMS on Monday, El-Zayat said.

El-Zayat noted that the EMS is helping doctors gain access to treatment and quarantine areas, adding that the 20 beds the Ministry of Health has allocated at each hospital will not be enough in major governorates.

El-Zayat said that Prime Minister Mostafa Madbouly vowed to allocate quarantine places for medical workers in Egypt, adding that he has issued a directive on this issue.

On Sunday, Minister of Health Hala Zayed said that over 10,000 PCR tests have been conducted on medical workers since the start of the outbreak in Egypt.

Last week, the EMS warned that Egypt’s health system could face a “complete collapse”, and called for protective measures for medical workers. This should be carried out by providing them with personal protective equipment (PPE), setting aside quarantine areas, and providing PCR tests and training.

Meanwhile, nine coronavirus-related deaths have occurred among nurses so far, according to the Egyptian Nursing Syndicate.

Wael Sarhan, Head of the Egyptian Ambulance Organization Employees’ Syndicate, announced on Sunday that two employees have died from the virus, with a further 64 infected so far.

The Cairo Medical Syndicate announced on Saturday that it has closed its two branches for a week to ensure there are no infections among workers, and to carry out disinfection and sterilisation.

The Egyptian Pharmacists Syndicate also closed its Garden City branch on Sunday for a week after several coronavirus cases were confirmed there.