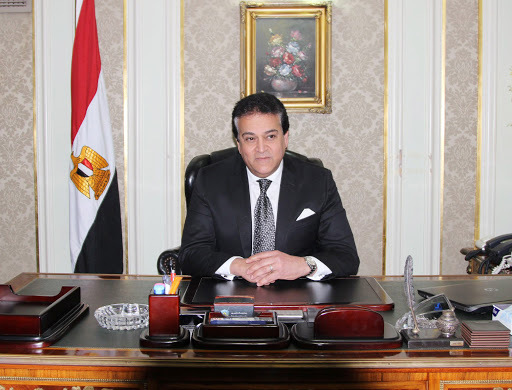 The real figure for Egypt’s coronavirus (COVID-19) cases could be as high as 117,000 according to data analysis and modelling of the virus evolution in the country, said Minister of Higher Education and Scientific Research Khaled Abdel Ghaffar.

He added that the officially reported figures, which currently stand at 24,985 confirmed cases across Egypt, are equal to only about one-fifth of the real numbers according to the data analysis.

He anticipated that there could be as many as 30,000 cases in Egypt during the period from 4 to 5 June.

In a live video on his ministry’s Facebook page on Monday, Abdel Ghaffar also projected that this number will increase to be 40,000 cases during the period from 10 to 13 June.

He added that the number of cases decreased on 15 May, with a renewed wave emerging in the following period. He noted that the 20,000 case-load had been expected since April.

Abdel Ghaffar mentioned that Egypt has conducted 50 out of the 64 clinical studies related to the virus in Africa. These have dealt with the virus’ genetic sequence as well as drugs that are being studied for the treatment protocol.

The movement of citizens has intensified in the past week, following a significant decrease during the second and third days of the Eid Al-Fitr holiday, he said.

He added that population movement was monitored via satellite tracking of nitrogen dioxide, which is used as an indicator of human activity. The data gleaned from this monitoring has been used to track the emergence rates of new cases.