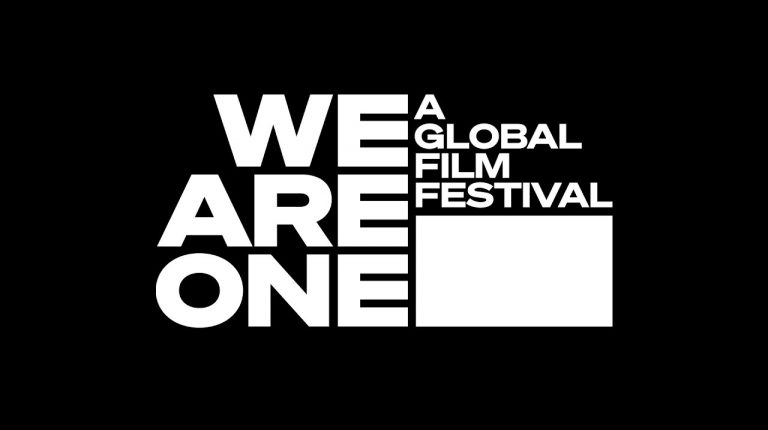 The film festival will host a number of specially-curated talks, both archived from past festivals and brand new discussions, offering viewers a chance to revisit important moments in film.

Global media company Tribeca Enterprises and video sharing platform YouTube announced on Saturday the programme for the We Are One: A Global Film Festival.

The festival, which will run exclusively on YouTube between 29 May and 7 June will feature over 100 films co-curated by 21 prolific international festivals from 35 countries. It will also host talks, virtual reality (VR) content and musical performances.

The 10-day digital event will celebrate global voices, elevate films that have the power to create change and bring audiences from around the world together to create meaningful connections.

Assembling some of the world’s most talented artists, storytellers and curators around a central effort to provide entertainment and offer relief by supporting organisations responding to the COVID-19 pandemic, 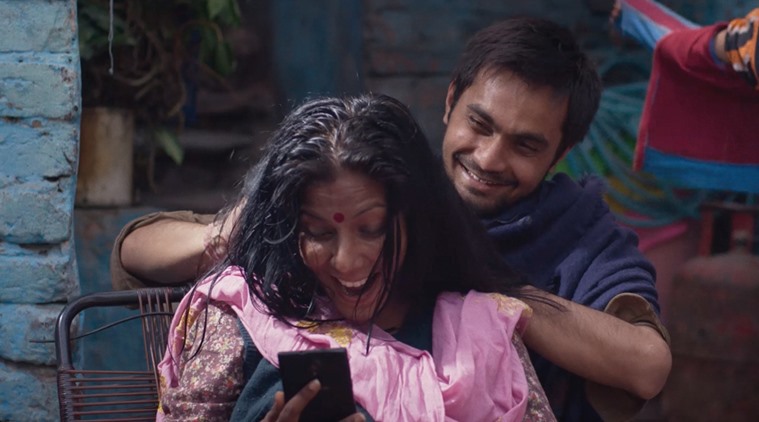 We Are One: A Global Film Festival will give audiences an opportunity to experience different cultures through an artistic lens.

Each official selection was handpicked to highlight the singularities of each participating festival, while also providing a voice to filmmakers on a global stage. Significantly, many of these titles will make their debuts at the festival, with the programme consisting of over 100 films. These include 13 world premieres, 31 online premieres, and five international online premieres.

This truly international festival will see over 35 countries represented, and will include 23 narrative and eight documentary features, 57 narrative and 15 documentary short films. Also on the bill are 15 archived talks along with four festival exclusives and five VR programming pieces.

Notable film presentations will include Ricky Powell: The Individualist, a documentary about the legendary street photographer, featuring interviews with Natasha Lyonne and LL Cool J.

There will also be the online premiere of Eeb Allay Ooo!, a unique satire about professional “monkey repellers”, and winner of the Mumbai Film Festival’s Golden Gateway Award. Viewers will be able to see the world premiere of Iron Hammer, a compelling documentary feature directed by Joan Chen about legendary Chinese Olympic volleyball star Jenny Lang Ping, a true trailblazer who forged connections across the globe.

Audiences will have access to over 50 narrative and documentary shorts with exciting entries such as the world premiere of Japanese narrative short Yalta Conference Online [working title]. This was created exclusively for the festival by Director Koji Fukada.

Audiences will be able to view the global premiere of the Third Eye Blind documentary short Motorcycle Drive By. Also on the programme are the first short pieces from Dreamworks Animation, namely Bilby, Marooned and Bird Karma.

Episodic programming features the world premiere of Losing Alice, a female-led neo-noir psychological TV thriller. Audiences will also be able to view the two-part documentary series And She Could Be Next, describing the experiences of women of colour, including Stacey Abrams and Rashida Tlaib, running for office.

The film festival will host a number of specially-curated talks, both archived from past festivals and brand new discussions, offering viewers a chance to revisit important moments in film.

A total of 360 VR selections will feature Emmy-nominated documentary Travelling While Black and Alteration, a sci-fi narrative starring Bill Skarsgard. This comes in addition to other titles featuring the likes of John Legend, Oprah Winfrey and Lupita Nyong’o. There will also be special musical performances, including a 30 minute DJ set by Questlove.

“We are so excited to share the combined efforts of our festival partners and YouTube with the world this week,” said Tribeca Enterprises and Tribeca Film Festival Co-Founder and CEO Jane Rosenthal. “Together, we were able to curate a compelling slate of programming that succinctly reflects the subtle variations in style that make each festival so special. We Are One: A Global Film Festival will offer audiences an opportunity to not only celebrate the art of film, but the unique qualities that make each story we watch so memorable.” 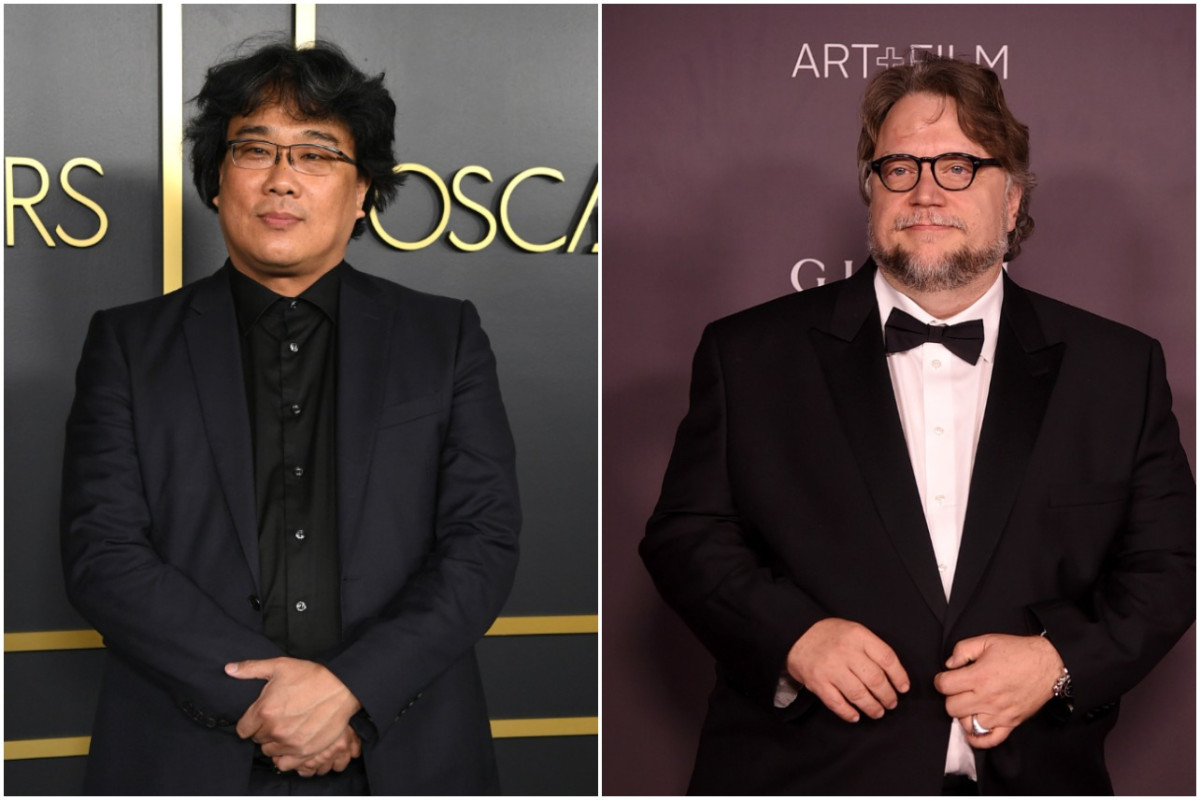 Robert Kyncl, Chief Business Officer at YouTube, said “One of the beautiful things about films and other visual content is the ability to tell stories and bring people together, no matter where they live or where they’re from. This is a phenomenon we’ve seen at YouTube throughout the years but especially today, as people look to connect and be entertained.”

He added, “The programming coordinated by Tribeca Enterprises for We Are One: A Global Film Festival has that magical ability to transport viewers from all around the world to a special moment in time, through the unique lens that our esteemed festival partners bring.”

“Cinema is not only a collective work, but also a shared experience. In these times of social distancing, the spirit of cooperation and a sense of community are needed more than ever before,” said the Berlinale Co-Directors, Mariette Rissenbeek and Carlo Chatrian.

“We are honoured and happy to join this festival, as a sign of friendship and solidarity with our friends at Tribeca, at the same time offering to the global audience a taste of what we do in Venice to support new filmmakers,” added Venice Film Festival Director Alberto Barbera.

True to its mission, the film festival will seek to bring artists, creators and curators together around an international event that celebrates the exquisite art of storytelling.

In doing so, it looks to provide only solace and entertainment for audiences during a difficult time. It also has a fundraising aspect to it, providing a platform for people to donate to the World Health Organization (WHO), UNICEF, UNHCR, Save the Children, Doctors Without Borders, GO Foundation and Give2Asia, among others. Audiences will also be able to donate to coronavirus relief efforts through a donate button or link on every film page.

Tribeca Enterprises is a multi-platform storytelling company, established in 2003 by Robert De Niro and Jane Rosenthal. Tribeca provides artists with unique platforms to expand the audience for their work, and broadens consumer access to experience storytelling, independent film, and media.

All programming will be screened globally on YouTube at no cost. IFFR in WE ARE ONE

IFFR presents four short and feature-length films made by four different film collectives. The African films Air Conditioner by Fradique, Kmêdeus by Nuno Miranda, and Tapi! by Jim Chuchu have all been made with support from the Hubert Bals Fund and screened at IFFR 2020. Stories of Destroyed Cities: Şhengal by Şêro Hindê, made by the Rojava Film Commune, a Syrian film collective who held the Freedom Lecture at De Balie during IFFR 2020, was not previously shown at IFFR. A lecture by the collective will also be shown at the film festival.

IFFR has chosen to support the United Nations High Commissioner for Refugees (UNHCR), a global organisation determined to save the lives of refugees. The UNHCR advocates the inclusion of refugees in emergency social protection schemes, and helps the most vulnerable with one-off cash assistance.

Şhengal is cloaked in an eerie silence. This city in the northwest of Iraq was recently recaptured from the Islamic State by Kurdish fighters. Şhengal (Sinjar in Kurdish) was largely destroyed by IS, and its women and children kidnapped, with most of the men and elderly murdered. The few surviving Yazidis struggle to revive their everyday lives.

The lecture will be given by Diyar Hesso and Sêvînaz Evdikê of the Kurdish Rojava Film Commune. This film collective emerged in the ‘stateless democracy’ of the Rojava region in Northern Syria, and stimulated a new generation of image-makers to make films based on their everyday reality. Rojava Film Commune is a non-hierarchical collective that supports film education and film production among the local population. In this way, film becomes a medium for depicting the experiences of Kurdish civilians.

A short documentary that explores a formative moment in the life of Kenyan ritual healer Jackson, one of the last practitioners of the ritual healing practice called utapishi (‘tapi’). The leaders of the local Christian church are not happy with the influence of the ritual, and decide to go to court. Jackson pushes back against the threat of tapi’s prohibition by local Christian church movements who seem to be determined to erase the complex history of a people.

The intriguing story of a mysterious homeless man called Kmêdeus (EatGod) who lived on the island of São Vicente, Cape Verde. A lunatic or an artist and a philosopher? African contemporary dancer António Tavares creates a whole performance based on the inner worlds of Kmêdeus. The film takes a trip through the port city of Mindelo in Cape Verde, its music, cinema and carnival.

Air conditioners mysteriously start falling from buildings in the Angolan capital, Luanda. The search for a working unit forms the starting point for a pleasantly free film representing the city’s heartbeat. A great jazzy soundtrack, a rap and the chaotic hum of the city guide us through its streets and buildings.