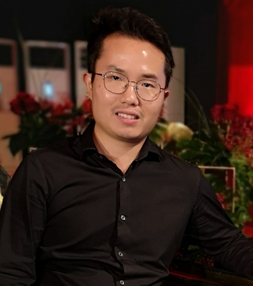 While many of those who have witnessed Hong Kong’s prolonged unrest find the news comforting and cheering, some slander China’s move as a “death knell” for the HKSAR’s high degree of autonomy.

The past few years have seen the rise of secessionism and unprecedented scenes of violence in Hong Kong. Vandalism of metro stations, setting fire to streets and attacking police with petrol bombs and bricks have become common, for which foreign powers and their local proxies should be held accountable.

In contrast to Dubai and other global free ports, there are longstanding loopholes in the HKSAR concerning national security. Article 23 of the Basic Law is a Chinese national law that serves as the de facto constitution of HKSAR.

However, 23 years after the UK returned Hong Kong to China, a local bill implementing Article 23 is still not around. National security-related bills are dismally scarce and scattered among various laws and regulations, some of which even date back to British rule, and many of which have been left dormant.

Ever since the abolishment of the colonial-era Special Branch, there has been no professional agency dealing with national security. The legal and institutional vacuum provides foreign intelligence agencies and some non-state actors with the opportunity to gain a foothold. Some of them have even nicknamed Hong Kong as “a defenceless city” or “oriental Casablanca”.

Edward Snowden’s one-month stay in Hong Kong not only helped disclose the US’ global surveillance scheme, but gave a glimpse of the interplay between major powers in Hong Kong.

The forthcoming legislation offers a necessary legal guarantee for China’s central government to exercise its power to protect national security. It will also be constructive in cementing the HKSAR government’s ability to restore social order and get rid of law enforcement disadvantages. Rather than a heavy blow, the new law significantly bolsters Hong Kong’s future development.

If we look back in history, the rise and fall of a great global metropolis hinges on the stability of the political system. Economic growth and political stability are deeply interconnected.

The uncertainty associated with an unstable political environment, internal and international alike, may reduce investment and the pace of economic development. Egypt has long been one of the best Arab and African countries in attracting investments, but was interrupted by the outbreak of the Arab Spring with Western sponsorship.

Luckily, the inauguration of President Abdel Fattah Al-Sisi in May 2014 turned the tide. Though shunned by Western leaders immediately after taking office, President Al-Sisi soon stabilised the external situation by adopting a balanced strategy of diplomacy.

Restoring stability and security means rebuilding the confidence of investors who seek to invest in Egypt. According to the United Nations Conference on Trade and Development’s (UNCTAD) 2019 World Investment Report, Egypt remains the largest foreign direct investment (FDI) recipient in Africa, with a stock of $116.4bn.

The national security legislation will outlaw acts of secession, subversion, terrorism and conspiracy with external forces in Hong Kong. In doing so, the prosperity and long-term stability of the HKSAR can be better safeguarded, which is in line with the common interest of the international community.

The author is a correspondent with the MENA office of People’s Daily.