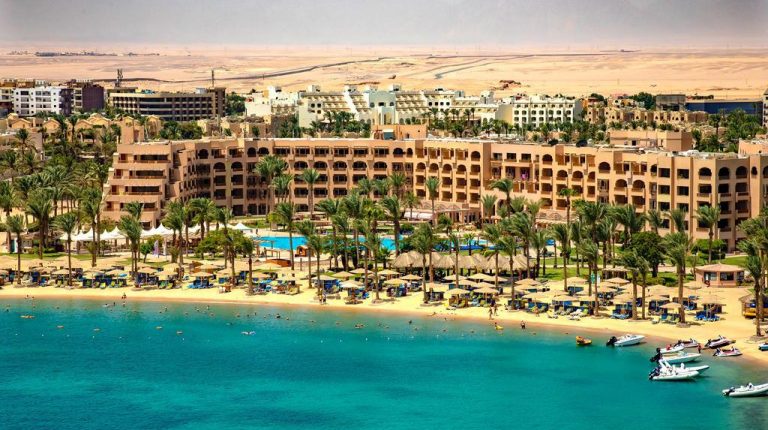 Red Sea hotels reported occupancy rates ranging between 10-15% over the Eid Al-Fitr holiday, according to Alaa Akel, Chairperson of the Egyptian Hotels Association (EHA) in the Red Sea.

In a press statement on Monday, Assistant Minister of Tourism and Antiquities for Monitoring Tourism Facilities, Abdel Fattah Al-Assi, stated that hotel occupancy rates during the Eid Al-Fitr holiday did not exceed 25%.

He indicated that the average occupancy rates during the holiday amounted to 8% in South Sinai, 13% in the Red Sea governorate, 25% in Ain Sokhna, 25% in Alexandria, 4% in North Coast and Matrouh, and 9% in Cairo.

He emphasised that all hotels operating during the holiday have met the required health and safety standards, with regular inspections by Ministry of Tourism and Antiquities inspection committees occurring.

Al-Assi said that previous to the Eid Al-Fitr holiday, 78 hotels in Egypt had received a health and safety certificate out of a total of 172 hotels who had applied for health standards.

The government has previously announced that it will increase the permitted occupancy rate at hotels to 50% in June.

Akel noted that June will continue to witness limited reservations, with a recovery in occupancy rates expected between June and August.

He justified the limited reservations to citizens’ try to ease back into life and the return to work and online schooling following the Eid Al-Fitr holiday.

On Saturday, the Red Sea governorate announced that one coronavirus case was detected at a hotel in the governorate.

Akel said that although that detecting cases of the virus is to be expected, it will negatively impact the decision of Egyptians to travel.

Egypt suspended inbound and outbound international flights at all its airports in March, with airports closed to all but domestic and repatriation flights.

Meanwhile, Egyptian hotels were allowed to reopen at 25% capacity in mid-May, subject to their meeting strict health and safety standards, approved by the Council of Ministers. The standards reflect those set by the World Health Organization (WHO) as part of the plan to co-exist with the coronavirus (COVID-19) pandemic.