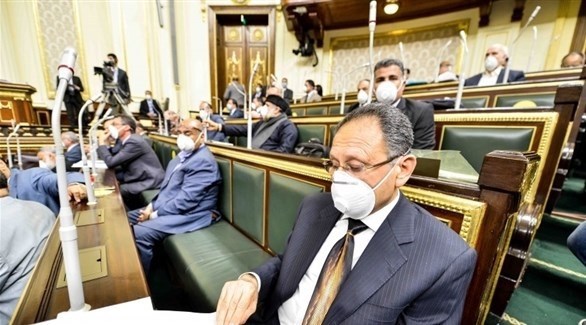 MP Youssef Al-Shazly, Deputy Secretary of the telecommunication committee in Parliament, has confirmed his positive diagnosis with the Covid-19, to be the sixth case in the House of Representatives.

In a press statement on Sunday evening, Al-Shazly said that he underwent the necessary tests, and has already started receiving treatment for the virus.

Sherine Farrag, a member of the parliamentary planning committee, was the first MP to confirm her infection with the virus.

The infected MPs are currently quarantined at private hospitals.

Fawzi said parliament will not postpone its plenary meetings despite the recent infections among MPs.

Head of the parliamentary committee of social solidarity, Abdel-Hadi El-Kasaby, said the committee’s meetings are set to continue. The budgets for the National Councils and the Ministry of Social Solidarity will be discussed during the meetings.

Deputy of the legislative committee at Parliament, Ihab Al-Tamawi, said in press statements on Sunday that convening at the time of crisis is not new to the parliament. Egypt’s current parliament began during a very difficult political situation, and has since faced many issues.

Al-Tamawi added that he agreed with the state’s plan to coexist with the coronavirus, while carrying on with all preventive measures. He praised decisions by Parliament Speaker Ali Abdel Aal to discuss approving all legislations and mechanisms that the state and its people need during this difficult stage.