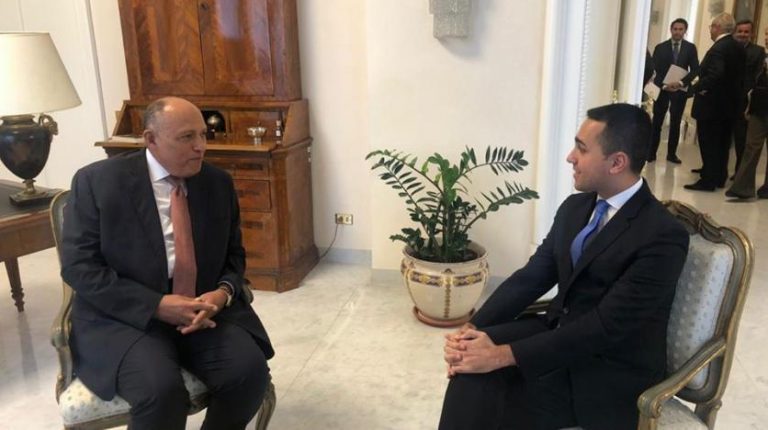 Foreign Minister Sameh Shoukry and his Italian counterpart, Luigi Di Maio, held tele-conversation on Wednesday on the latest developments in the Libyan crisis and the coronavirus (COVID-19) fight.

The two sides stressed the importance of a comprehensive political settlement between Libyan rivals. They also rejected foreign interference in Libya, whilst lending support to counterterrorism efforts in the North African nation.

On Monday, the United Nations (UN) said the country’s warring parties agreed to resume ceasefire negotiations.  The agreement to restart the negotiations comes following a period of heavy fighting in the country.

Shoukry and Di Maio emphasised the importance of the Common Security and Defence Policy (CSDP) military operation in the Mediterranean, IRINI. The operation aims to implement the UN arms embargo through the use of aerial, satellite and maritime assets. Shoukry and Di Maio indicated that the transportation of extremist fighters into Libya must be thwarted.

The negotiations between Egypt, Sudan, and Ethiopia regarding Africa’s largest hydro dam project stalled in late February, after Ethiopia declined to sign a deal drafted by US mediators.