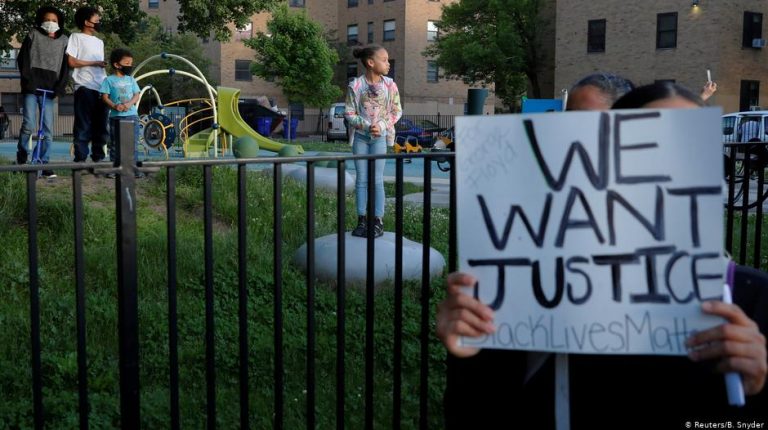 Thousands of demonstrators defied curfews to continue protests against the death of George Floyd, the Associated Press (AP) news agency has reported.

It marks marking the eighth night of demonstrations in the US and clashes with police.

In Seattle, protesters used umbrellas to shield themselves from tear gas and pepper spray fired by police. Hundreds were arrested for breaking curfew and marching across the Manhattan Bridge in New York City.

In Washington DC, demonstrators chanted slogans against US President Donald Trump outside the White House for over an hour, even after the city imposed a 6pm local time.

In Atlanta, the National Guard sought to disperse crowds as soon as the 9 pm curfew went into effect, with local media reporting that troops used tear gas to clear the streets, local reports said.

Meanwhile, news and debate over the protests have continued to make waves across social media platforms. Several Facebook employees resigned this week after CEO Mark Zuckerberg reaffirmed posts made by US President Donald Trump will not be flagged. This comes despite the president’s posts being flagged on Twitter.

A jihadi in the making