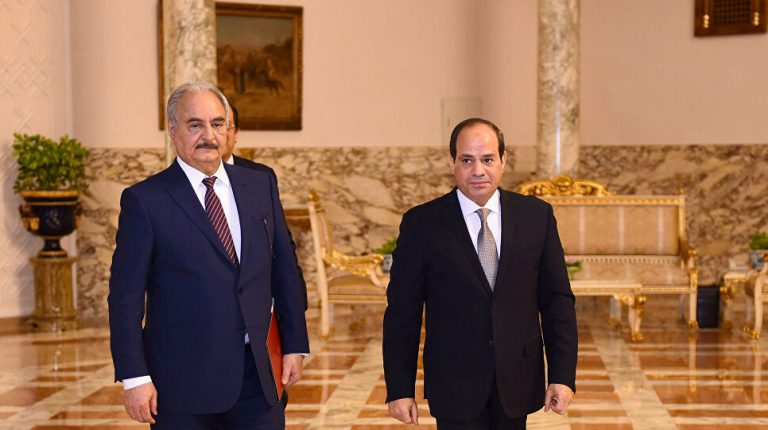 Egypt’s President Abdel Fattah Al-Sisi announced on Saturday a new initiative to support a political solution to the Libyan conflict, in accordance with international agreements and initiatives.

Representatives from the United Nations (UN), European Union (EU) and Arab League (AL), as well as ambassadors to several countries were present at the meeting.

During the press conference, Al-Sisi said the initiative respects all previous international efforts for ending the conflict. It also suggests a ceasefire in Libya starting on 8 June.

Egypt called for support of the LAAF in fighting and dismantling militias in Libya, Al-Sisi stressed.

For his part, Aguila Saleh said the LAAF aimed to clear Tripoli of terrorists, rather than to fight citizens, but that Turkish interference in Libya has complicated the situation and hindered the LAAF’s anti-terrorism efforts.

In his speech, Khalifa Haftar praised the Egyptian efforts in reaching a political solution to the Libyan crisis, and to support the LAAF.

He also attacked Turkish interference in the Libyan conflict that has fuelled internal polarisation by supporting the “unconstitutional” Government of National Accord (GNA).