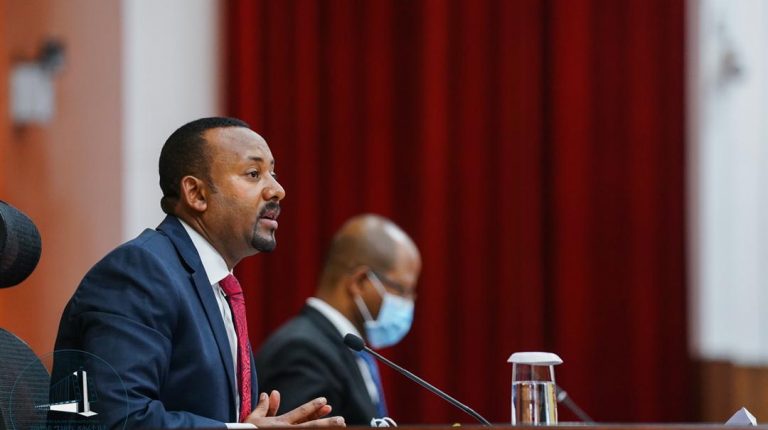 Delays in the Grand Ethiopian Renaissance Damn (GERD) have cost $1bn a year over the past six years, according to Ethiopia’s Prime Minister Abiy Ahmed.

Ahmed placed responsibility for delays in completing the GERD on the previous Ethiopian government.

“Had the project been completed upon schedule, there would have not been the negotiations taking place now,” Ahmed said, “So much has been accomplished since the reform government. The reform comes for the GERD.”

Ahmed also promised that the GERD anticipates generating $1bn a year from the export of power, beginning in 2023.

Ahmed added that Ethiopia does not have a history of causing harm to others and is not interested in harming others now.

“Our need is only one, which is to develop and prosper,” he said, adding, “We look to remove our people from the grips of poverty.”

Addressing an extraordinary session of the Ethiopian House of Peoples’ Representatives on Monday, Ahmed said that the GERD’s development is for the country’s growth.

Ahmed noted that the dam project “is equally to the benefit of lower riparian countries, and seeing this project in a positive light is therefore critical.”

He pointed out that over 50 million Ethiopians do not have access to clean water or electricity, and meeting their basic rights and needs is of paramount importance.

Ahmed urged the legislators to go and see the project site and acknowledge the progress that has been made so far, instead of listening to rumours about the dam.

He defended himself following criticism from the legislators that his administration is “a sell-out” for downstream Nile River countries, particularly Egypt.

Ethiopia’s Deputy Prime Minister, Demeke Mekonnen, said on Sunday that GERD construction is well underway in a bid to begin filling with water according to the scheduled time frame.

Mekonnen’s remarks, which stressed the need to expedite construction to begin the filling with water, came during a visit to the project. The deputy prime minister noted that construction has reached a critical stage, and enjoys strong public support and close government oversight.

Commenting on the Ethiopian statements, water resources expert Dr Abbas Sharaky said that Ethiopia would retract from filling the dam at the last moment.

He explained that the height of GERD’s middle lane has reached 560 metres, with concrete being prepared to increase it to 565 metre. It is clear that the left wing has already reached the 565 metre level, although construction on the right wing remains ongoing.

Sharaky added that with these construction efforts, the dam can reserve 5bn cbm by the end of this month, but it has not yet started as the water passes through four lower lanes on the right side.

In May, Egypt submitted a complaint to the UN Security Council, warning of the consequences of Ethiopia’s continued filling of the dam without first consulting Egypt and Sudan. Addis Ababa responded with a letter to the Security Council, providing explanations of the country’s position.