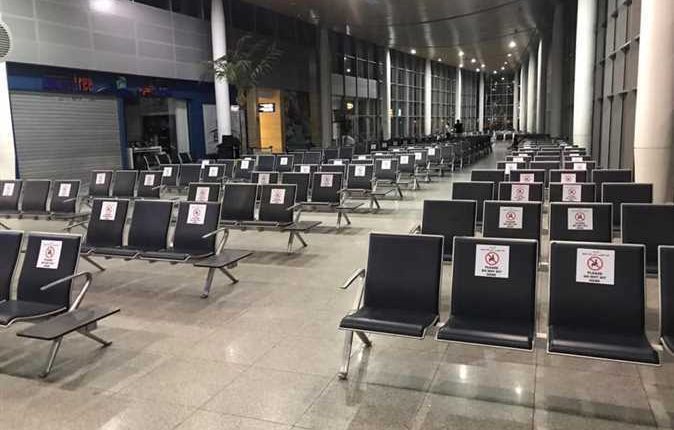 The flights come as part of directives from Egypt’s leadership, seeking to return repatriate stranded nationals who have been affected by the ongoing coronavirus (COVID-19) pandemic.

The airport remains open only to repatriation flights for stranded Egyptians, and to ensure foreign nationals in Egypt can themselves return home. The airport also added that the flights with Egyptian nationals have been ongoing over the past 3 days.

The Ministry of Immigration and Egyptian Expatriates Affairs said that this step is part of continued efforts to follow up on the return of citizens stranded abroad.

In a statement, the ministry added that concerted efforts are ongoing to return the stranded Egyptian citizens, as well as humanitarian cases, and those with expired visas and residence permit violators.

A ministerial committee was formed by the Prime Minister and the Ministers of Immigration, Foreign Affairs, Health and Aviation to ensure the safe repatriation of Egyptian citizens abroad.

Egypt has undertaken major efforts to repatriate its citizens stranded worldwide due to the suspension of international flights.