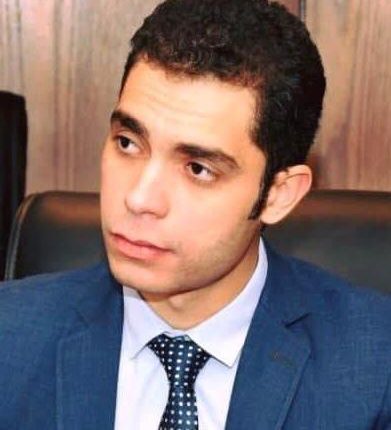 President Abdel Fattah Al-Sisi has always been keen on having the presence of Field Marshal Mohamed Hussein Tantawi, the former Minister of Defence, at most if not all national celebrations. So, what does having the Field Marshal sitting on the Egyptian President’s right-hand side indicate?

There is just one concept at play here: the recognition that has been given to Field Marshal Tantawi is a message of loyalty from Al-Sisi.

Both Tantawi and Al-Sisi have presented everything possible to preserve and protect Egypt from the evils and intrigues that were being hatched against the country in the darkest periods of turmoil experienced in the aftermath of the 25 January revolution.

With the whole country in his hands, those who were thinking of exploiting the circumstances for their interests or seeking personal gains or even personal glory found the situation turned upside down. Tantawi, however, only thought about the interests of the country that he had entrusted himself to.

Born on 31 October 1935, Tantawi obtained a Bachelor’s degree in Military Science from Cairo’s Military College in 1956. He went on to study at the College of Leaders and Staff in 1971, and the Higher War College in 1982. Over the years, Tantawi held various leadership positions in the armed forces, where he was the commander of the infantry division and head of the operations authority.

As a fighter, Tantawi has participated in most of Egypt’s recent wars, having taken part in the wars of 1956 and 1967, the War of Attrition, in addition to the October 1973 war. He was also the last commander of a combat unit with the infantry.

During the October 1973 war Tantawi was a Lieutenant Colonel and the commander of the 16th Infantry Battalion was stationed at a site that was attacked by Israeli forces. Tantawi and his soldiers repelled the attack, inflicting heavy losses on the Israelis, according to Ariel Sharon’s admission. Speaking of the event, Sharon said, “About 300 soldiers from my squad were killed, about 1,000 were wounded, and we all spent one of the worst nights of our lives.”

After the October War, Tantawi was awarded the Order of Military Courage, and in 1975 he was posted to Pakistan and then Afghanistan as Egypt’s military attaché. In 1987, he took command of the Second Field Army, followed by the Egyptian Republican Guard in 1988. In 1991, he was appointed Commander-in-Chief of the Armed Forces and Minister of Defence, before being promoted to Field Marshal in 1993.

Having spent over 20 years at the head of Egypt’s army, Field Marshal Tantawi held many high-ranking positions.

The wisdom of Field Marshal Tantawi emerged when he took over the leadership of the country as the head of the Supreme Council of the Armed Forces during the events of 25 January, following former President Hosni Mubarak’s stepping down from the government. It was Tantawi who managed to preserve the unity and cohesion of the country until the first presidential elections were held in mid-2012. For Tantawi, it has always been about protecting the people and the country against attempts to sow discord.

Thank you to Field Marshal Tantawi, the man who held the responsibility honestly and heroically.