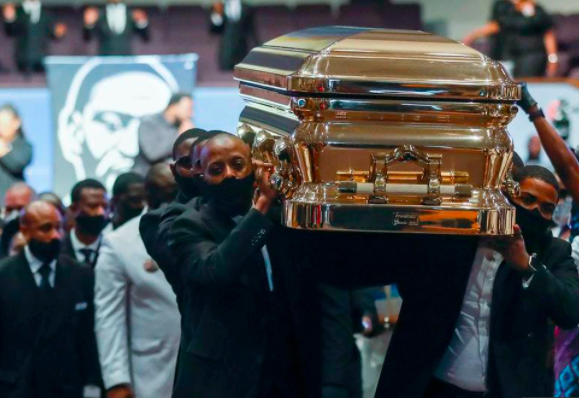 The funeral of George Floyd, the black American citizen whose death at the hands of Minneapolis police sparked global protests in the US and worldwide, took place on Tuesday in his hometown of Houston, Texas, according to the AP.

Dozens of Floyd’s family members, most of them wearing white, attended the funeral, which included politicians, civil rights activists, and celebrities. Also in attendance were the family members of other individuals killed by police officers previously.

Hundreds had gathered near the cemetery prior to the burial, listening to the funeral service which was also broadcast live.

Floyd, who was unarmed, died after Minneapolis police officer Derek Chauvin pressed his knee on Floyd’s neck for nearly nine minutes. The officer had been in the process of arresting Floyd for allegedly using a counterfeit $20 bill. Chauvin was charged with second-degree murder on Monday.

Protesters have since spoken out against violent policing tactics in the US, with many calling for cities across the country to defund local police departments. They have called for the money to be redirected to other social programmes.