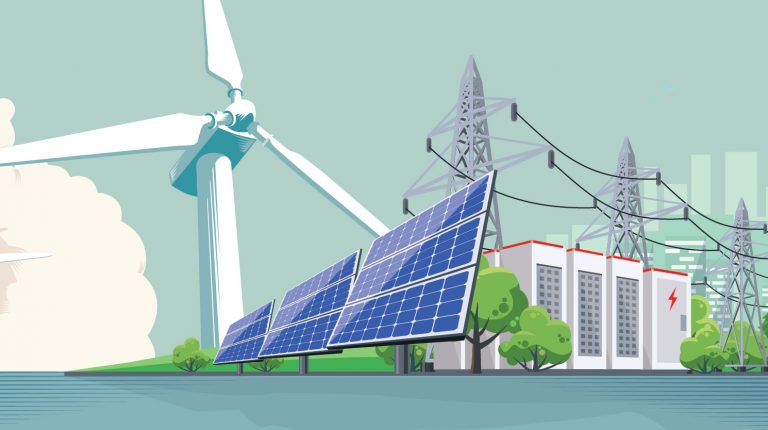 Renewable energy investments in the Middle East and Africa (MEA) slipped 8% to $15.2bn in 2019, from a record total of $16.5bn in 2018, according to a Frankfurt School-UNEP Centre/BNEF report.

The report noted that several countries have become significant investors, including South Africa, Jordan, Egypt, Morocco and Kenya. These countries have seen sizeable falls in investment, due in large part to gaps in auction programmes.

The report highlighted that the three most active renewable energy markets in North Africa and the Levant are Egypt, Morocco, and Jordan. These three countries have seen a total of $15.7bn invested during the five years from 2015 to 2019.

In 2019, however, investments were relatively weak for all of them. The biggest asset financings were $302m for the 420MW ONEE Morocco PV portfolio, and $325m for the 250MW Lekela Power West Bakr wind farm in Egypt.

“In all these countries, there were gaps between the auction rounds that have fuelled the momentum of their renewable energy buildout,” the report read, adding, “The fact that equipment prices, particularly for Solar Photovoltaic (PV), have been falling so fast has tended to increase policy-makers’ caution over the right timing for new capacity.”

The report added that governments continue to voice support for renewable energies, with Egypt announcing the cancellation of a giant coal project in October 2019. The country is now looking at the possibility of 500MW of additional renewable energy capacity.

The report further noted that governments and companies worldwide have committed to adding some 826GW of new non-hydro renewable power capacity in the decade to 2030, at a likely cost of around $1trn.

Those commitments fall far short of what would be needed to limit world temperature increases to less than 2 degrees Celsius. They also look modest compared to the $2.7trn invested between 2010-2019, as recorded by the Global Trends report.

The report added, “The COVID–19 crisis has slowed down deal-making in renewable energies in recent months, along with that in other sectors, and this will affect investment levels in 2020. Governments now have the chance to tailor their economic recovery programmes to accelerate the phase-out of polluting processes and the adoption of cost-competitive sustainable technologies.”

In 2019, a total of 184GW of new renewable power was added worldwide, the highest amount ever, which reflected a 20GW increase on 2018. This included 118GW of new solar systems, and 61GW of wind turbines. In the same year, renewable energy capacity investment stood at $282.2bn, just 1% higher than the previous year.

Capacity investments in solar slipped 3% to $131.1bn in 2019, while that in wind climbed 6% to $138.2bn. This is the first time that wind has outweighed solar investments in terms of dollars committed since 2010.

Investment in offshore wind hit its highest ever, at $29.9bn, up 19% year-on-year (y-o-y) thanks to a fourth quarter (Q4) surge, most notably in China, France, and the UK. The US invested $55.5bn, up 28%, helped by a record rush of onshore wind financings to take advantage of tax credits before their expected expiry, while Europe committed $54.6bn, down 7%.