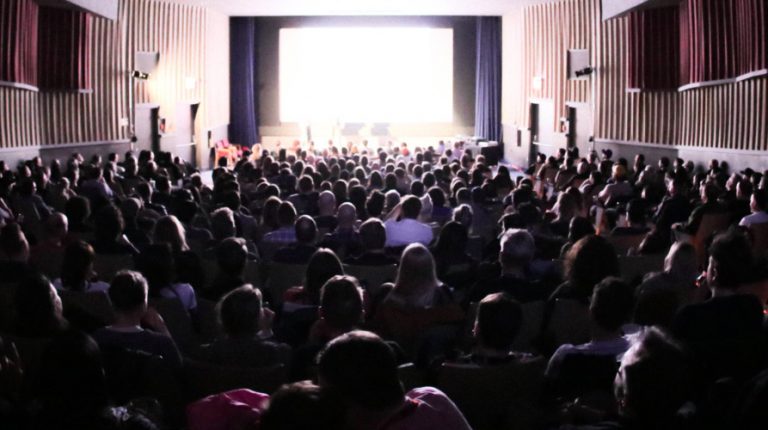 The Calgary Underground Film Festival (CUFF) announced the line-up for its 17th edition, last Friday, and has, like other festivals and events worldwide, announced its shift to an online platform.

Now scheduled to take place on 22-28 June, fans of the festival will have the opportunity to watch the newest genre-defying independent films not streaming anywhere else.

The festival’s online format will also ensure that these films find an audience while film festivals around the world remain on pause and cinemas are closed.

“This festival will look different to most, but our whole team is really looking forward to this new festival format,” said Festival Director and Lead Programmer Brenda Lieberman, “Not only do we get to provide our regular audience with some amazing new films, but we also have the unique opportunity this year to have new audiences experience what we have to offer.”

This year’s line-up includes 22 feature films showing for the first time in Alberta, alongside three shorts packages, and other special events, such as four nights of drive-ins at Big Rock Brewery.

CUFF will open with punk comedy and Sundance hit Dinner in America directed by Adam Carter Rehmeier. The film follows a punk rocker and a young woman obsessed with his band. Similar to the in-person festival, audiences will only have one chance to watch this film at a 22 June live event online.

“I loved this film from the minute I started watching it at Sundance. I think I was 5 minutes in, and I had the feeling like I had found our opening film,” Lieberman said, “We’ll be doing opening night as a live event, as close to our in-cinema experience our audience knows and loves, including a live introduction, followed by the screening, and ending with a live Q&A.”

The Found Footage Fesitval: Quarantine Qlassics, a staple of CUFF, is also set to make a return on 23 June. In the brand-new virtual show, Joe Pickett, from The Onion, and Nick Prueher, of Late Show with David Letterman, will present a wide-range of VHS delights to get focused on the theme of quarantine.

Other CUFF 2020 highlights include a live presentation for the World Premiere of Five Bucks at the Door: The Story of Crocks N Rolls. The film tells the story of a bar in Thunder Bay that put Canadian music on the map.

The film’s director, Kirsten Kosloski, who resided in Calgary for 13 years and was involved with FFWD as a music writer, film critic and editor, will participate in a live Q&A.

It will also include a co-presentation with Sled Island for the world premiere of This Film Should Not Exist, a documentary about the 1990s garage rock band Country Teasers.

The world premiere of Sleeze Lake from CUFF alumni Andrew J Morgan and Nicholas Nummerdor will also be screened. Similarly, the four drive-in events at Big Rock Brewery will see the screenings of the films Random Acts of Violence (which will be shown across two nights), as well as Synchronic and Uncle Peckerhead (which will also be available on line). The drive-in events will occur between 24 and 27 June.