Communication and the ability to express ourselves throughout our typical day satisfy one of the most basic human needs. We communicate with other people assuming that they understand the words and expressions we use. If you visited one of Egypt’s famed goldsmiths, you will not just find yourself lost amongst beauty and centuries-old skills that remain very much in use today, but you will also come across unfamiliar words such as “Yafat”, “Ashfour”, and others. These seemingly incomprehensible words to the outsider are, in fact, trade-specific terminology for business dealings among Egypt’s goldsmiths.

They use these words to discuss among themselves, without having to give away their meaning to others. It is their unique inherited language that gets passed on from a generation to another.

Goldsmiths use this secret language to say what they wish to in front of their customers, and to categorise them between wealthy and poor, and whether what is offered to them is real gold or fake.

The first to really study and develop a dictionary of secret languages used in Egypt was the late thinker Mohamed Lotfy Gomaa (1886 – 1953). 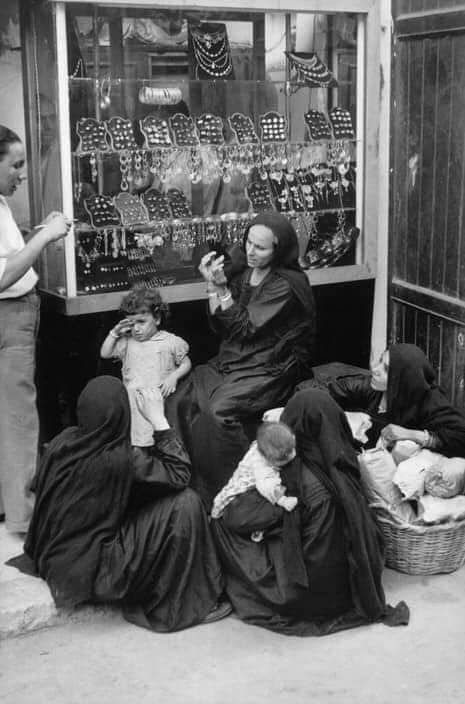 In his book Any Sem (All secret languages), he wrote about the secret language of the jewellery and goldsmithing community. Gomaa noted that there is a difference between what can be termed as “special language” and what can be defined as “secret language”. He noted that the former is not intended to conceal, but rather ensure quick understanding among its users. Special languages are, in fact, artistic, that are formed in terms of the profession they serve. The second, the secret language, originates from a spirit of fear and hostility between classes, with its goal is to protect a team or group from others.

Egypt’s Jewish community, who were particularly active in the country’s gold trade, had their own special language among themselves. This special language was passed on to the Egyptians working with them, who learned how to speak it as they learned the profession.

The language is now passed from a generation to another, and has become a part of their daily lives, even outside work.

It was left as a still used relic of Egypt’s history when the gold industry was inherited by Egyptian families after the Jewish community left the country.

The special language became as much a part of the gold industry’s heritage, with some modifications. This means that the word “yafi”, which is Hebrew for “good” became “yafet”.

The terms mentioned by Gomaa in his book also included “dafesh” means a man or a customer. When “Dafesh Ashfur” is used, it means that they are dealing with a poor customer, or when “Ifkas” is used, it means to drive the customer out. In turn, using “Itheps” means to take care, “Bar” means fake gold, “Yafet” means pure gold, or a wealthy customer.

In the 20th Century, almost all Egyptian Jews lived in either Cairo or Alexandria, and they dominated the gold markets. The trade was particularly concentrated among the country’s Karaite Jews, a minority off-shoot community which today exists mostly in Israel.

Over the course of the mid-20th Century, after the 1948 creation of Israel and the rise of Arab pan-nationalism in Egypt under President Gamal Abdel Nasser in 1954, Egypt’s Jewish population more or less vanished.

The rising political tensions forced many to flee or face arrest and discrimination due to their religious beliefs – even if they had been in Egypt for generations. There may well have still been a few Jewish goldsmiths in 1967, when the Six Day War broke out between Israel and several surrounding countries, including Egypt. But by then, the country had long become inhospitable to its Jewish citizens, and the few remaining were expelled.

By 1970, no Jewish goldsmith shops were still operating. Today, fewer than 10 Jews of the once 85,000-strong community present in Egypt in 1950 remain. Where Cairo’s goldsmith quarter rang out with the hustle and bustle of everyday noise, including school boys selling kosher snacks for lunch, today the Jewish presence lives on only in the few scattered, Hebrew-derived phrases still in use.

In the early 1900s, Cairo’s goldsmith quarter was home to a large Jewish population, which had resided in Egypt for centuries. The departure of the Jewish community in the 1950s and 1960s was swift and sudden, leaving many Jewish goldsmiths to abandon their businesses or hastily gift them to their non-Jewish assistants and colleagues. Few shop owners operating today will openly discuss this period. It’s not known what percentage of shops in the 1950s would have been Jewish-owned. 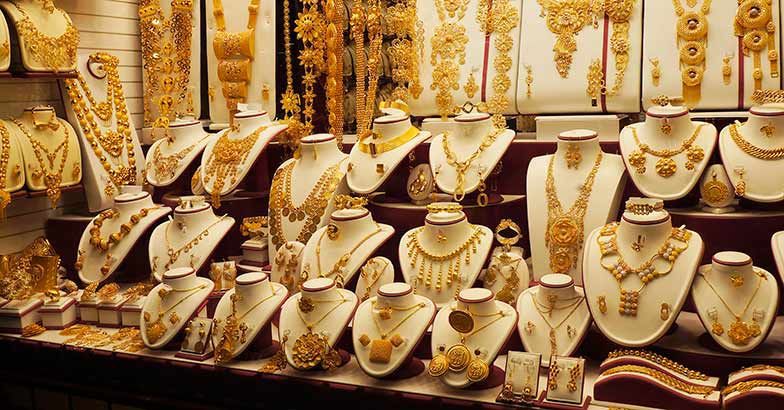 In a report presented by the Hebrew Al-monitor website, it took note of a study carried out by Israeli researcher Dr Gabriel Rosenbaum, a professor at Jerusalem’s Hebrew University.

He added, “The most highly developed secret language is that of the goldsmiths, which was used for centuries by the Jewish (mostly Karaite) goldsmiths in Egypt, and was later adopted by their Muslim and Christian colleagues, many of whom use it to this day.”

According to Rosenbaum’s study, the gold merchants traded in Egypt dating back more than a thousand years, with many of the words they use dating to the ancient Hebrew used by Egyptian Jews during the Middle Ages. Rosenbaum, more specifically, places the words to the 8th Century AD.

Many of the phrases Rosenbaum discovered combine Hebrew roots with Arabic grammar. For example, some merchants would warn one another about a possible thief by using the word “ganneb”.

The term comes from the Hebrew verb ‘ganab’ or ‘to steal’, but is in an Arabic-language declarative second verb form. As Rosenbaum would write, “Another term for warning against thieves “ienaymak”, which is a combination of the Hebrew word “enayim” (eyes) and the Arabic suffixed possessive pronoun -ak for the second person.” It translates very simply as – “Watch out!”

Among the words that have roots in the Hebrew and are used in the gold market until now, include “Defesh El fe shalak” “the man standing with you”,“ shokok” (money), “admon” (used gold),”al defsh maftlosh shokok” (a customer who does not have money), “Hanrbes” (we will go), “Dabr” (was given) and “Geft” (don’t speak).

In his study, Rosenbaum listed a number of words circulating in the gold market today, including the word (Yaffet) “Yafet” which means “good”. He notes that this word is still used in modern Hebrew, and is used to express the opinions of merchants on the quality of the product. This compares to the word merchants use, “ashfoor”, which has no roots or equivalent in Hebrew.

The word “zahub”, which is a word taken from the original Hebrew word “zahav” meaning gold, was used to refer to the Egyptian gold pound. The word “halah”, meaning “going” in modern Hebrew is used by merchants with each other to take care of the customer. This has its origins also in ancient Hebrew, derived from “halakh”, or “ahalakh”.

The word “admoon” is used to refer to “used or old gold”, or a piece of jewellery that has been repaired, polished, and offered again for sale. Rosenbaum notes that the source of this word in Hebrew is the word “kadmon”, which means “ancient” or “old”. As in Egyptian vernacular, this is indicated by the letter K which in this word remains silent, so instead “Adamon” is pronounced instead of “kadmon”.

These words remain an important relic of Egypt’s past which had been in the country for millennia. So, the next time you go out to buy a piece of gold, will you be able to hear these words?