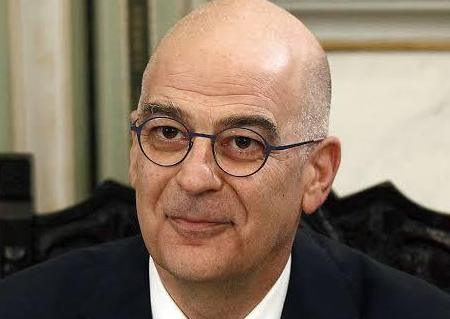 In several tweets, Dendias asserted that the Turkish intervention also violates the legitimacy which the European Union (EU) must protect via the IRINI Operation to enforce the Libya arms embargo.

He also praised Egypt for securing its coasts to prevent any further flow of migrants to Europe, and without asking for EU input.

On Saturday, the US State Department said that mercenaries and foreign fighters should be removed from Libya, Al-Arabiya news channel reported. The State Department also stressed that all foreign actors must withdraw their military equipment from Libya.

It noted its appreciation for Egypt’s efforts on the UN-backed ceasefire initiative, the Cairo Declaration, whilst also calling on all Libyan parties to engage seriously in the 5+5 Joint Military Commission (JMC) talks.

Washington indicated that the Russian military presence in Al-Jufra and Sirte does not help in resolving the Libyan crisis. It also explained that the energy sector’s revitalisation is crucial to Libyan stability, with Washington also calling on all Libyans to immediately lift the closure of oil installations.

The military track is one of three tracks, in addition to the political and economic, aiming to complete the agreements of the Berlin Conference on Libya. However, the military committee suspended its work after two rounds of talks due to differences in opinion.

A week ago, the UN welcomed the acceptance by parties involved in the Libya crisis to resume discussions under the 5+5 JMC.

On Saturday, Algerian President Abdelmadjid Tebboune received the Speaker of the Libyan Parliament, Aguila Saleh, whilst renewing his country’s rejection of military action in the Libyan crisis.

Saleh said Tebboune had promised to bring those involved in the Libyan crisis to the table for dialogue based on the Berlin Conference decisions. This comes in addition to uniting Algeria’s efforts with Egypt and Tunisia to solve the Libyan crisis.